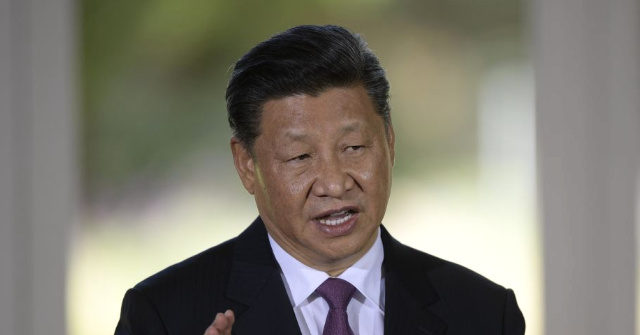 China’s state-run media continued their editorial offensive against the United States with a piece in the Global Times on Wednesday arguing that American foreign policy is a “mess” that has “spread panic among U.S. allies.”

The Global Times specifically harped on the resignation of former Secretary of Defense Jim Mattis – misidentified by the Communist paper as a “national security adviser” – as the event that spread panic among America’s allies in Asia. Mattis resigned in December, so the Global Times reached back half a year for a club to beat the Trump administration with.

This is typical of the scattershot approach taken in Chinese media broadsides as the U.S.-China trade war grinds along. The Chinese writers look for negative comments about Trump policy to harvest from American media – which are not exactly difficult to find – and slap them together into articles about chaos and disarray.

China is contrastingly presented as a model of rational stability, even though Chinese officials who fall out of favor tend to disappear under suspicious circumstances instead of resigning with widely-published farewell letters.

The Global Times piggybacked on Iran’s loathing for National Security Advisor John Bolton, whose occasional statements at variance with those of President Donald Trump are presented as a sign of “confused” U.S. foreign policy and a “capricious” president.

The Communist Party People’s Daily also picked up on the Iran situation, comparing President Trump’s withdrawal from his predecessor Barack Obama’s nuclear deal to U.S. conduct in the trade war as evidence that the United States is “frequently going back on its word in international affairs unscrupulously.”

“Even if the U.S. side wants to restart consultations with China, will the Chinese people still trust the American politicians who, as described in a commentary published on the website of Forbes ‘has swung between saying that China is ‘absolutely killing the United States on trade’ and saying that ‘our relationship with China is a very good one?’” the People’s Daily asked.

The Forbes article in question is from exactly one year ago, and while it did criticize the Trump administration for sending mixed signals to China, some of the ambiguity mentioned in the article has worked to America’s advantage and some of it has cleared up quite a bit during the intervening year. No one could have any further doubt that the United States is extremely concerned about Chinese intellectual property theft, for example.

Lectures from Beijing about honesty and transparency follow years of the Chinese Communist Party employing duplicity and obfuscation. Only a week ago, the Chinese were caught pumping out huge volumes of greenhouse gas after signing international agreements to ban those chemicals years ago. China’s massive and ongoing efforts to steal technology from other nations are hardly the actions of square dealers.

The Chinese are going all-in on public relations warfare because every other tactic they have attempted in the trade war has quickly fizzled. The U.S. was not supposed to pick this fight, and if it did it was supposed to lose its nerve quickly.

Instead, each of China’s increasingly severe threats has proven to be a dud, a losing streak that might well extend to the ostensible doomsday weapon of threatening to cut off exports of rare earths and the “nuclear option” of weaponizing China’s holdings of U.S. Treasury notes. The former might inconvenience the U.S. in the short term but absolutely wreck China’s mineral industry in the long term as American and allied companies develop alternatives to the Chinese supply. The latter is a financial bomb China simply cannot afford to detonate.