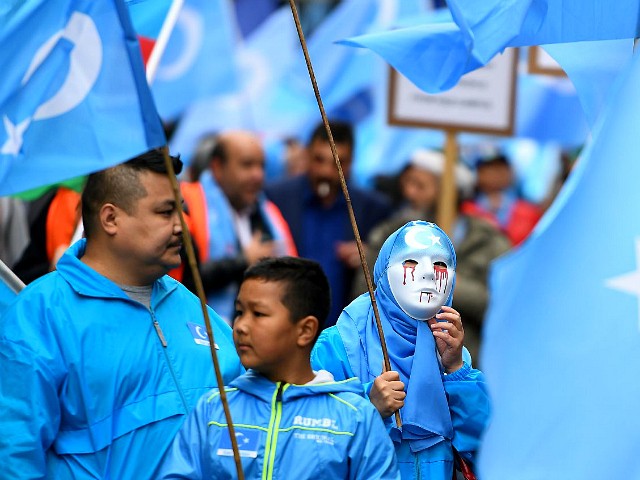 The Chinese government published a paper on Wednesday entitled “Progress in Human Rights Over the 40 Years of Reform and Opening Up in China.”

As the loaded title implies, the paper is extremely flattering to China’s marvelous achievements in human rights and evidently has little to say about such matters as the crushing of political dissent, the systematic oppression of religious faith, and the persecution of minority groups like the Uighurs of Xinjiang province.

China’s state-run Xinhua News, whose very existence is regarded as a human rights violation by those who are picky about such things, found nothing but rainbows and kittens in the new white paper:

Over the four decades, the Chinese people have worked hard as one under the strong and coherent leadership of the Communist Party of China (CPC), the white paper said. Huge changes have taken place, and living standards have significantly improved.

China has showed respect for, protected and promoted human rights in the course of reform and opening up, blazing a trail of human rights development that conforms to the national conditions, and created new experiences and made progress in safeguarding human rights, it said.

China has summed up its historical experience, drawn on the achievements of human civilization, combined the universal principles of human rights with the realities of the country, and generated a series of innovative ideas on human rights, it said.

China has brought into being basic rights that center on the people and prioritize their rights to subsistence and development, and proposed that China should follow a path of comprehensive and coordinated human rights development under the rule of law.

The white paper said China has carried out extensive exchanges and cooperation in the field of human rights and earnestly fulfilled its international human rights obligations.

China loves to congratulate itself on its glorious achievements, and this is hardly the first time it has pronounced itself a world leader on human rights, although it also insists the term has a different meaning in the Chinese cultural context, when it is not dismissing the very concept as a Western racket to keep China and its allies down.

It is especially grotesque to see Beijing patting itself on the back for enlightened humanitarianism at the very moment the international community is demanding an end to the hellish Uighur concentration camps – i.e. the “vocational training academies” China refuses to allow international inspectors to visit – and Chinese police are throwing the entire congregations of independent Christian churches in jail. The Chinese white paper’s only references to Xinjiang are boasts about how the economy has grown and the school system is wonderful.

Nikkei Asian Review coincidentally chose Wednesday to publish a damning review of how “human rights fell by the wayside” as China’s economic power grew, a process largely missed by Western leaders laboring under the old delusion that economic growth and commerce automatically lead to liberalization:

Beijing rejects criticism from Western human rights groups. Xi, in a letter commemorating the 70th anniversary of the Universal Declaration of Human Rights on Dec. 10, said “the greatest human right of all is for people’s life to be happy.” He added that China’s economic development has led to the “improvement of the daily livelihood of millions of Chinese people.”

Renee Xia, international director at Network of Chinese Human Rights Defenders, counters that China’s reform and opening up was “a calculated move for the regime’s own survival [that] greatly strengthened the state power in ways that Chairman Mao and Deng Xiaoping never dreamed of.”

China’s massive economic clout, she argued, has enabled Beijing to create a police state at home and aggressively assert itself abroad.

A striking example of this new assertiveness was the abduction of five Hong Kong booksellers in 2015, including Swedish national Gui Minhai. Gui, who was a major shareholder of Hong Kong’s Causeway Bay Books, was abducted from his home in Thailand and reemerged three months later on state-owned media claiming he had returned to China of his own free will.

Sophie Richardson, China director at HRW, told Nikkei that “the rest of the world has to realize it’s dealing with a much more aggressive, effective, rights-disrespecting China” under Xi.

Human Rights Watch asserted in its latest report that Communist Party leader Xi Jinping launched a “broad and sustained offensive on human rights” when he took power and the future looks “grim,” especially as foreign governments to little to “push back against China’s worsening rights record at home and abroad.”

This illustrates the two fronts upon which China wages war against human rights. The intellectual front, as summarized by Xi Jinping in the quote from Nikkei Asian Review, is an effort to redefine human rights as a collective ideal rather than inalienable individual rights. The height of “human rights” is to enforce order and conformity so that economic progress can be made. Those unfortunates who find themselves ground beneath the heel of the state as it marches toward the greater good must be stored someplace quiet, where their complaints will not disturb the peace.

The political front is what Human Rights Watch warned about: China has enough global political influence and sharp-power muscle to gaslight the world by declaring itself an enlightened utopia and daring anyone to disagree. Even the most squalid dungeon can be hidden beneath a sufficiently high mountain of white papers.

The West is currently producing high-profile thousand-word manifestoes of press freedom that somehow ignore China completely, give or take an expired Hong Kong work visa. The Chinese crave respect. As long as they run an Orwellian police state where even high-profile citizens (and senior international law enforcement officers!) can “disappear” without due process, respect must be resolutely withheld.