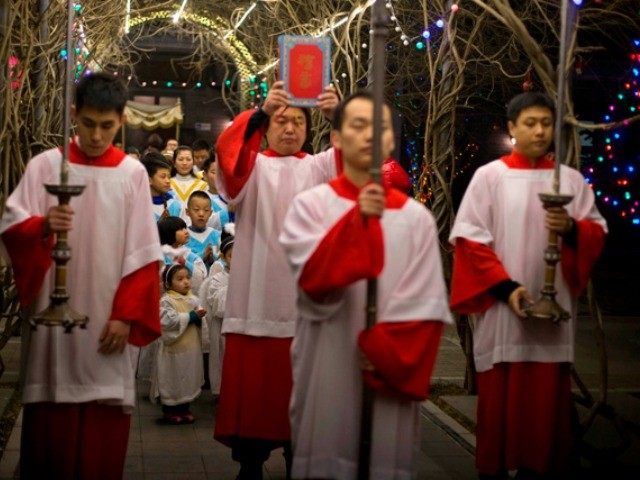 China’s most famous civil rights activist has joined the chorus of critics who have denounced the recent deal between the Vatican and Chinese Communist Party (CCP) as a “betrayal” of Chinese Catholics.

In an op-ed Monday, Chen Guangcheng, a blind scholar and human rights advocate, used the harshest language to describe China under communist rule, calling it an “extraordinarily dictatorial and authoritarian nation” where many kinds of freedoms that are taken for granted in the West are “routinely and often violently repressed.”

“Human rights activists and lawyers disappear and are tortured, while alternative political parties are crushed,” he said. “Calls for justice are met with the iron hand of the state.”

Because of his firsthand knowledge of the brutality of the Chinese communist state, Chen said he watched the Vatican’s rapprochement with China take shape with “intense shock and dismay.”

“What we currently know of the agreement is that the Vatican will cede selection of bishops in China to the Communist Party,” he said. “In exchange, the CCP will recognize the pope as the official head of the Catholic Church, and regular relations between the two states will be renewed.”

The Vatican’s acceptance of these terms “is a slap in the face to millions of Catholics and other faithful religious people in China who have suffered real persecution under the CCP,” said Chen, who was arrested in 2005 and detained for years for exposing China’s forced sterilization of women to carry out its one-child — or two-child — policy.

“Over the past decade, the CCP has been aggressively attacking underground Catholic and Protestant house churches, first going after banned religious symbols and dismantling crosses,” he said. “More recently, they have been destroying churches openly.”

The CCP has been “arresting priests, threatening congregants, and searching churches and places of worship,” Chen wrote. “Many have disappeared and been tortured while under the regime’s control, refusing to relinquish their beliefs to a degraded, intolerant political party, and proving the power of their faith.”

In his essay, Chen contends that the CCP only allows certain religious practices and churches as “a façade of religious freedom to satisfy the West,” while in reality, it despises religious believers and uses the concessions to gain ever tighter control over its citizens.

The CCP is even preparing its own edition of the Bible, titled The Chinese Christian Bible, Chen said, whose purpose is “to force its socialist, secular values into the text while presenting a fiction of religious tolerance to the outside.”

The Vatican decision to cede selection of Catholic bishops to the CCP is “simply preposterous,” he added, and the agreement is “a blatantly political move designed only to serve the CCP’s interests.”

The pact represents a major decline for the Vatican, but more importantly, it equates to “bowing before evil, of selling God to the devil,” he argues.

“This will become yet another shameful episode whose stain the Catholic Church will be unable to cleanse,” Chen warns.