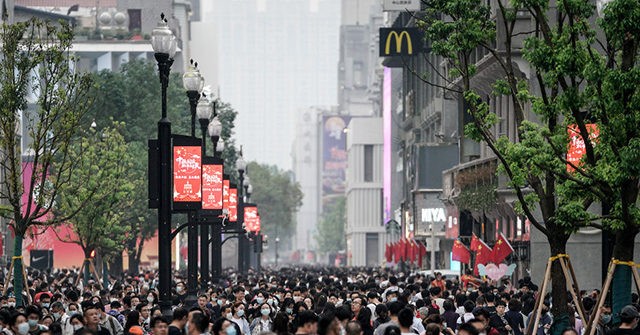 The first week of October is referred to as the “Golden Week” in China, a week-long national holiday to commemorate the founding of the Communist government that normally produces a huge surge in tourist activity.

Consumer spending for the Golden Week in 2020 has reportedly been an improvement over the worst months of the coronavirus pandemic, but still far below the normal.

China’s Ministry of Culture and Tourism said on Sunday that 425 million Chinese hit the road from Thursday to Sunday, the first four days of the eight-day national holiday, a drop from 542 million in the same period last year.

Tourism revenue over the period was 312 billion yuan (US$45.9 billion), a drop of 31 per cent from the first four days of the holiday last year, official data showed.

The fact that fewer Chinese people were travelling — and that the average spending per tourist dropped by 12 per cent — showcased continued weak consumption in the world’s second biggest economy, posing a challenge to Beijing’s new dual circulation economic strategy of relying more on domestic demand for growth.

The “dual circulation economic strategy” mentioned by the SCMP is a rather vague initiative proposed by Chinese dictator Xi Jinping to boost domestic consumption and become less reliant on exports, while also making China less dependent on key imported goods like semiconductors, during a time of increasing tension with the Western world. Most outside analysts believe consumer spending in China is lagging far below the levels needed to make the “dual circulation” strategy viable.

The numbers were especially disappointing since the Chinese national holiday happened to overlap with the Mid-Autumn Festival this year, adding an extra day to the holiday break. The SCMP also suggested China’s tourism industry should be booming because many Chinese citizens are afraid to vacation in countries that are ostensibly having worse coronavirus issues than most of China.

The tourists apparently showed up in substantial numbers at China’s holiday hotspots — they just did not spend a lot of money. The SCMP reported “huge crowds” at tourist attractions, “heavy congestion” on the highways, and crowds “thronging” in train stations. Digital payment data suggested there was a good deal more spending in October than there was during the exceptionally dismal May holiday weekend, but not near as much as retailers and service providers were hoping for.

“The data is worrying because golden week this year was meant to show a strong recovery in spending,” the SCMP noted in another article on Monday. “The big picture is that Chinese consumer spending remains weak. How to boost that will be a top priority for policymakers when they gather later this month to map out the country’s strategies for the next five years.”

Barrons countered on Monday that China still “seems to have the rosiest economic picture” in the world after the coronavirus pandemic, reflected in much higher consumer confidence numbers and projections of “unrivaled 8 percent growth” for 2021. From this perspective, the actual individual behavior of Chinese consumers during the Golden Week seems much different than the confidence they have been expressing to pollsters.