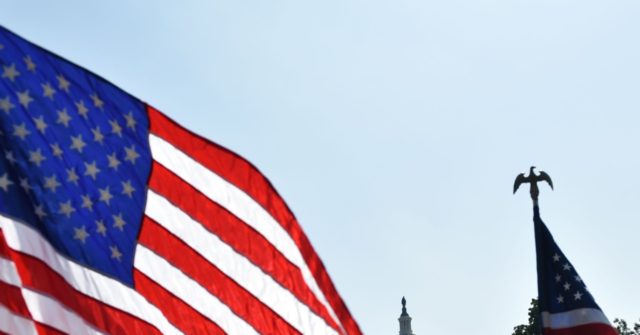 Chinese state media are predictably glum about the Fourth of July holiday, using the occasion to whine about America’s harsh treatment of China in the trade war and pushing the line that American notions of individual freedom are incompatible with Chinese culture.

China’s state-run Global Times insisted on Wednesday that American democracy is in “decline.”

Although the U.S. military, economy, science and technology remain strong, national and self-identity and elite identity have thick division lines and uniting them is delusional.

This is the source of the internal “sickness” U.S. diplomacy suffers from and its gradual decline. In dealing with the Korean Peninsula and Iranian nuclear issues and its alliances, efforts to rebuild an international economic order that serves the U.S. have also ended in vain. It is unlikely that the U.S. will cause overall damage to China.

The complexity of China’s national conditions and the multi-dimensionality of its strength have determined that it is difficult for any U.S. policy of sabotaging China to achieve its goals. The U.S. has been identified as “rogue” by many countries, including its allies.

The challenge in today’s international community is how to unite the wisdom of all countries and restrain U.S. behavior. In this regard, China is in a favorable position in dealing with the U.S. Those who fear the U.S. do not know enough about its diplomatic tradition of honoring strength. Only when China applies its strength will the US take China’s propositions seriously.

The Global Times dismissed appeals for Beijing to relent to U.S. demands as nothing but irrational fear and “blind worship of U.S. technology and systems.”

“Living with admiration and ingrained fear of the U.S. is not the way to go,” the Chinese paper lectured.

The Chinese Communists are normally voracious consumers of American media but, in this case, they missed a trick by failing to tap into the U.S. media’s obsession with fireworks becoming scarce or unaffordable for the Fourth of July in 2020 if the Trump administration imposes another round of tariffs on China.

The truth is that independence is doing fairly well around the world this Independence Day, in no small part because the trade war has weakened authoritarian China. The Hong Kong protesters would have made less headway if Beijing was not so nervous about dealing a potentially fatal blow to its ailing economy by cracking down hard on the democracy movement. Taiwan’s resolve to remain independent is growing stronger after a few years of doubt.

Iran is so weak and desperate from U.S. sanctions that it is resorting to terrorist attacks and bellowing demands at the Europeans to save them. The Europeans might actually be running out of patience with Iran.

Meanwhile, the American economy is doing far better than China’s as the trade war grinds along, with record stock market highs posted one after another despite a constant undercurrent of anxiety about each new round of tariffs. Unemployment is so low that critics of the Trump administration are obliged to keep redefining it. Remarkable wage growth is beginning to transform American society. The negative effects of tariffs on China have been far less than hostile experts predicted, obliging them to abandon doomsday scenarios and argue that a good U.S. economy could be even better without them.

All of the world’s struggles for independence are still in progress and things could change quickly. Beijing may yet employ the sacking of the Hong Kong legislative office by protesters as the pretext for a Tiananmen Square-style crackdown. As of July 4, 2019, the U.S. and its allies are doing well in their quest to define nationalism as decentralized power and a force for independence, versus China’s push to define it as an instrument of central authoritarian control.