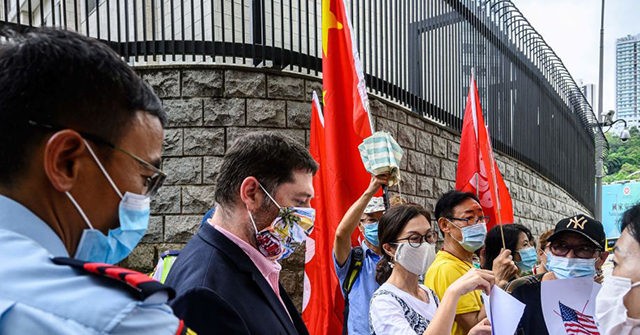 At a press briefing on Monday, Chinese foreign ministry spokesman Zhao Lijian revealed the new restrictions when responding to a question about “the U.S. imposition of visa restrictions on Chinese officials.”

On Friday, the U.S. Department of State announced it would restrict U.S. visas for a number of Chinese Communist Party (CCP) officials for “undermining” Hong Kong’s autonomy with its new national security law.

“Today, I am announcing visa restrictions on current and former CCP officials who are believed to be responsible for, or complicit in, undermining Hong Kong’s high degree of autonomy … or undermining human rights and fundamental freedoms in Hong Kong. Family members of such persons may also be subject to these restrictions,” U.S Secretary of State Mike Pompeo said in a statement.

“To target the U.S.’s above wrongful actions, China has decided to impose visa restrictions against American individuals who have behaved egregiously on matters concerning HK [Hong Kong],” Zhao said on Monday.

Despite international condemnation, China is pressing ahead with a new national security law that would punish people found guilty of “subversion” and other offenses in Hong Kong. The nominally autonomous city has witnessed a surging pro-democracy movement embodied through mass demonstrations and peaceful protests by activists over the past year. This push for democratic liberties would be severely hampered by the new law, which cracks down on so-called subversive threats to Hong Kong’s national security.

The European Union, Britain, and the U.N. have joined the U.S. in denouncing the new national security law over “fears the law could be used to stifle criticism of Beijing, which uses similar laws on the authoritarian mainland to crush dissent,” the Hong Kong Free Press reported.