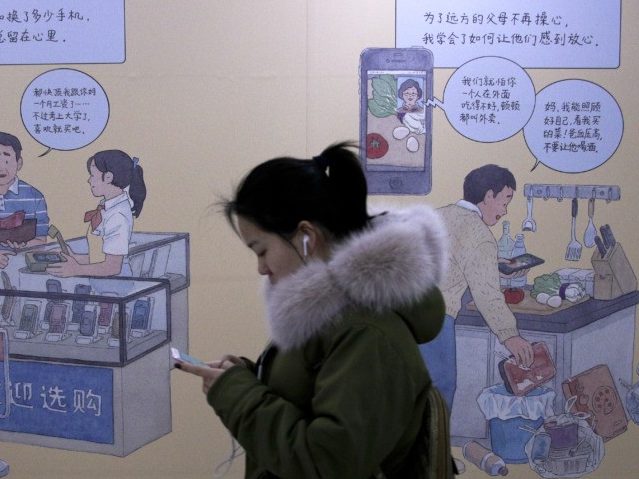 Education authorities in China have announced a ban on the use of apps by schoolchildren and university students the government deems “harmful,” state media reported Thursday.

According to the Chinese state media outlet Xinhua, education officials across the country must carry out “daily supervision” of students from all age ranges “to ensure that mobile device apps used by the schools meet the standards set by the ministry.”

“Some apps contain pornography, violence, online games, commercial advertisement, as well as those that violate education rules,” the agency said, citing education officials in Beijing. “Negative content can impact the physical and psychological health and education of students.”

“Schools should avoid using apps to increase the course load for students and educational apps used on campus are not allowed to charge students. Information should be protected and privacy leaks should be prevented,” they continued.

From now on, all apps on students’ phones must be “strictly reviewed” by education authorities, who will decide whether they remain suitable for use. Apps that have not been through this procedure will be banned from use in schools.

A primary school teacher in the central Chinese province of Hubei who spoke under the surname Su told Radio Free Asia that such directives place further political pressure on teachers at a time when authorities are already stepping up levels of indoctrination and control throughout the country’s education system.

“Of course this is pressure, because we are already pretty busy, and now we have to worry about what we can say and what we can’t say,” she said. “This will have a negative impact on our ability to deal with problems of sexuality and violence at source, and it’s not right.”

“Trying to control their understanding of events using directives, orders, and regulations is like shutting the stable door after the horse has bolted,” she continued. “You can’t require tens of millions of teachers to educate according to the exact same model.”

Since rising to power in 2012, Chinese leader Xi Jinping has tightened control of the country’s education system and it is now used primarily as a system of ideological indoctrination. Reforms have included the infusion of “Xi Jinping Thought” into textbooks and teacher training and a ban on the discussion of topics known as the Seven Taboos, which include “universal values of human rights and democratic, constitutional government; press freedom; civil society; citizens’ rights; the historical mistakes of the Chinese Communist Party; the financial and political elite; and judicial independence.”

It is also not the first time that authorities have taken exception to the use of certain. Last April, authorities suspended four popular news apps from the country’s Android store on charges of spreading “fake news” and vulgar content.” In other cases, they have used such technology to their advantage, having previously unveiled over 100 apps designed to track the loyalty of Communist Party members.