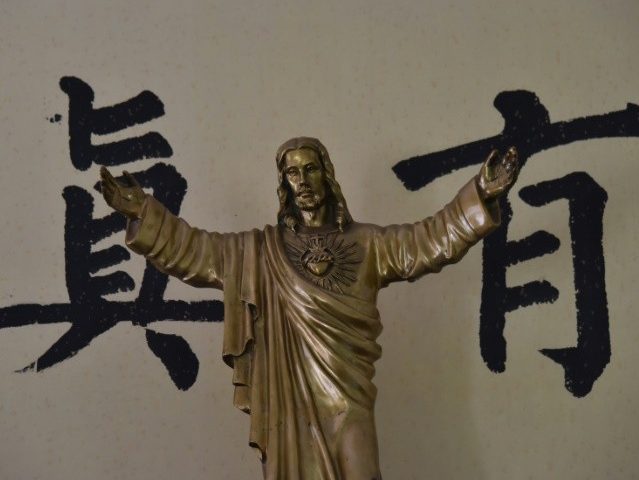 Both Chinese and Western media are reporting that a deal between the Vatican and China’s authoritarian government over the appointment of bishops may be near, potentially ending a long argument between the Catholic Church and Communist Party.

Such a deal would also dismay many Chinese Christians and alarm human rights advocates worried about Beijing’s drive to “Sinicize” religion, transforming it from a potentially subversive force into an instrument of state control.

The Wall Street Journal on Friday reported that a deal to give “both sides a say” in the appointment of bishops could be at hand:

The controversial deal would include the first official recognition by Beijing that the pope is the head of the Catholic Church in China. In return, Pope Francis would formally recognize seven excommunicated Chinese bishops who were appointed by the Communist government without Vatican approval.

“It is a baby step by China toward recognizing some of the framework of the Western world,” said Francesco Sisci, an Italian who teaches international relations at China Renmin University in Beijing. “It doesn’t go as far as recognizing what we in the West call religious freedom but it is a degree of religious autonomy.”

Others, including some U.S. diplomats, are concerned the pope is conceding a strong influence over church leadership to an avowedly atheist authoritarian regime.

“This is a strange step backward on terrain over which the church has fought, not for centuries but millennia,” said Sandro Magister, a Vatican expert who writes for Italy’s L’Espresso magazine. “The church has managed to free itself from control of sovereigns and governments on ecclesiastical matters such as the naming of bishops, but now this achievement is clamorously contradicted by the agreement with China.”

The Journal’s sources said the deal might still fall apart due to either continued resistance from Chinese Catholics or the Communist government deciding it still will not have enough control over Catholicism. The continued persecution of the Uighur Muslims and China’s crackdown on religious expression could also make it politically difficult for Pope Francis to sign a deal with the oppressive regime in Beijing.

One troublesome aspect of the rumored deal is that seven bishops appointed by the Chinese government have been excommunicated by the Church because their appointments were deemed illegitimate. If the Vatican grants Beijing’s demand to reinstate them, two outspoken bishops who have refused to accept the Communist Party’s control would be forced to step aside. Such an arrangement would be seen by critics as abject capitulation by Rome, which is why Beijing is likely to insist upon it.

Another point of contention is Taiwan, which has formal diplomatic relations with the Vatican. Mainland China has been aggressively working to isolate Taiwan by picking off its allies.

Taiwan’s Foreign Ministry said on Tuesday it believes a deal between Beijing and the Vatican is coming, possibly by the end of October, but it does not expect the agreement to have “political or diplomatic connotations” for Taiwan.

Vatican sources have indicated they see the deal as flawed but the best that can be hoped for with China’s rulers, stressing the importance of establishing good relations with the emerging superpower.

China’s state-run Global Times touted the deal as a win-win with such enthusiasm that a formal announcement seems likely:

Finalizing the deal between China and the Vatican will help promote the unity of the two communities. However, the efforts to ink the deal drew criticisms from Western media who accused the Vatican of “turning a blind eye to Chinese threats to religious freedom.”

The Global Times wrote as if everyone in the world thinks “Sinicizing” religion in the name of social harmony is a grand idea, and only vicious saboteurs would try to scuttle a deal with the Vatican by complaining about the lack of religious freedom in China.

The Chinese paper also suggested the Vatican is sending a delegation to China for final negotiations. As of Wednesday, the Chinese government would not confirm the status of a deal or that it expects any visitors from Rome.