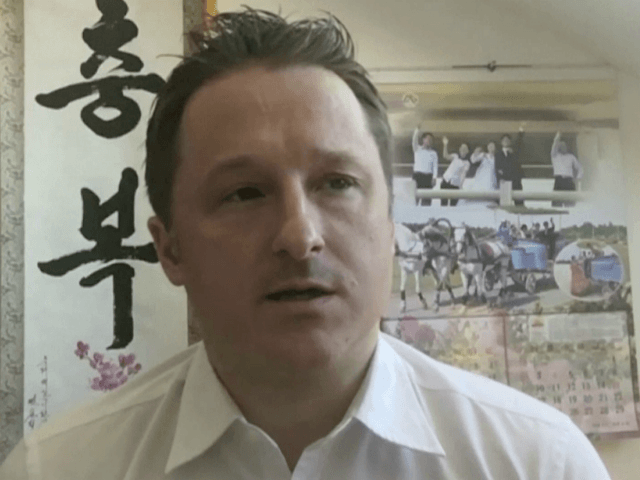 Reporting about arrests in China is often fraught with speculation because the authoritarian government has a habit of making arrests without due process and throwing people in prison for years before getting around to charging them with a crime, but the state-run Xinhua news service confirmed on Thursday that action has been taken against two unnamed Canadians:

According to China’s Criminal Law and the Criminal Procedure Law, Beijing Municipal Bureau of State Security and the state security bureau in the northeastern Chinese city of Dandong in Liaoning Province respectively took coercive measures against the two people according to law on Dec. 10, Lu said.

When CNN asked Foreign Ministry spokesman Lu Kang precisely what “coercive measures” means, he declined to answer. Many in the U.S. and Canada suspect it means “taken hostage until charges are dropped against Meng Wanzhou.” Meng is the Huawei executive arrested at the airport in Vancouver on December 1 and possibly headed to the United States via extradition to face charges of bank fraud and violating U.S. sanctions against Iran.

Spavor was described by Reuters on Thursday as “one of the few Westerners with personal ties to the North Korean government and Kim himself.”

His friendship with Kim Jong-un included jet-skiing together and savoring cocktails on one of the North Korean dictator’s yachts. Spavor has worked to organize foreign investment in North Korea for many years, stepping up his efforts recently as the possibility of sanctions relief for the outlaw regime grew. His activities naturally required frequent travel through China’s border regions with North Korea, such as Liaoning province.

Canadian Foreign Minister Chrystia Freeland said on Wednesday her government is uncertain of Spavor’s current location. His last social media posts on Monday said he was en route to Seoul for a consulting job and meetings with friends, but he never arrived. The Royal Asiatic Society said he did not attend a lecture in Seoul as planned.

“We are working very hard to ascertain his whereabouts, and we have raised this case with the Chinese authorities, and we are in touch with his family,” Freeland said.

Freeland indicated Spavor notified Canadian officials he was “being asked questions by Chinese authorities” but said her department has “not been able to make contact since he raised those concerns.”