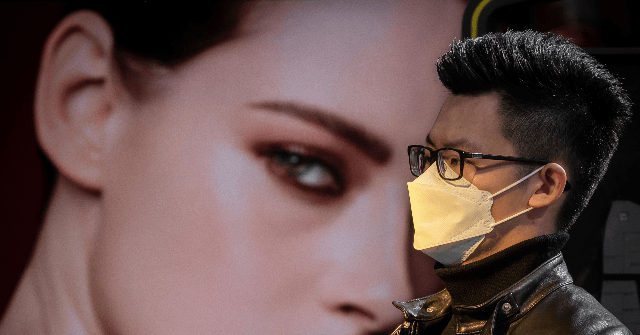 Chinese state media on Wednesday pushed the notion of a “Health Silk Road,” modeled after the New Silk Road infrastructure program, which later came to be known as the Belt and Road Initiative (BRI).

In other words, having infected the entire planet with the Wuhan coronavirus, the Chinese Communist Party (CCP) wants to use the ensuing global health crisis as an opportunity to take over the health care systems of other nations, beginning with hard-hit Italy.

An article at the CCP’s People’s Daily touted China’s desire to “protect the lives of all mankind.”

According to the People’s Daily, in a phone call to Italian Prime Minister Guiseppe Conte last week, Chinese dictator Xi Jinping supposedly made remarks that ”injected confidence in the global fight against the novel coronavirus epidemic.”

The article noted that Italy is Europe’s only participant in the Belt and Road Initiative to date, making it a perfect place to launch the Health Silk Road after that pesky Wuhan virus is dealt with:

China’s donations sent a signal of solidarity and friendship to Italy, which the country will never forget, said Romano Prodi, former Prime Minister of Italy who also served as President of the European Commission. He hopes people around the world can understand that they share the same future.

China welcomes the WHO to jointly establish the “Health Silk Road”, President Xi said during a meeting with the then WHO Director-General Margaret Chan in Geneva, Switzerland, Jan. 2017.

Chan echoed President Xi’s remarks, saying that the WHO is willing to enhance cooperation with China under the framework of the BRI and appreciates China’s leadership and capability in safeguarding global health security and global health governance.

As the first G7 power to sign the Memorandum of Understanding (MoU) with China to join the BRI, Italy shares a sound foundation for cooperation with China over BRI construction. The two countries have written a touching story of co-building of the Health Silk Road through battling against the COVID-19 pneumonia together.

To jointly build the Health Silk Road serves as a new approach for perfecting global public health governance. The practice of fighting against the COVID-19 pneumonia has once again proved that isolation does nothing good and it’s impossible for any country to fight the virus alone. To win the battle, countries must uphold solidarity and cooperation, be future-oriented, and improve global health governance.

The People’s Daily touted $20 million China has given to the World Health Organization (WHO) for the coronavirus effort, a laughably small sum measured against the billions of dollars in damage and thousands of deaths inflicted on the world by the Communist Party’s efforts to conceal the Wuhan outbreak for as long as possible.

Another People’s Daily piece on Wednesday applauded China because it has “selflessly offered help to other countries that have been stricken by the disease.” The article mentioned China making inroads in Serbia:

China is the only country in the world that can help Serbia at this point, Serbian President Aleksandar Vucic said on March 15 on television as he announced a national state of emergency in response to the COVID-19 outbreak.

On March 21, a team of Chinese medical experts arrived in Serbia to help with the country’s efforts to fight COVID-19.

The medical team was warmly greeted by Vucic, who touched elbows with each member of the Chinese aid team and kissed the Chinese national flag to express his deep gratitude to China.

The article quoted other fawning expressions of gratitude from officials in Italy, the European Union, Ethiopia, Iran, and Cambodia. Italian citizens were said to be playing the Chinese national anthem and yelling “Thank you China!” even as hundreds of them die each day from the Wuhan virus.

Yet another People’s Daily post claimed the world can’t get enough of Chinese traditional medicine (TCM) either:

Yang Junchao, vice president of the Zhejiang Provincial Hospital of TCM, was one of the two TCM experts in the team. It was the first time China had sent TCM experts to a foreign country to help fight COVID-19.

The combination of TCM and Western medicine has led to significant achievements in China’s efforts to fight the epidemic, said Yang, adding that TCM is drawing increasing attention from other countries.

“We will introduce China’s experience in fighting the epidemic to Italy,” Yang said. She disclosed that they will share China’s TCM treatment plans and clinical thinking for COVID-19 with Italy, introduce TCM and its theory to the country to enhance Italian people’s scientific understanding of TCM, and provide medical advice for local communities and overseas Chinese.

TCM has been a highlight in China’s efforts to fight COVID-19, said Zhang Boli, an academician of the Chinese Academy of Engineering (CAE) and one of the leading experts advising on the epidemic fight in central China’s Hubei province, epicenter of the epidemic in China.

Zhang, who is also the president of Tianjin University of Traditional Chinese Medicine, disclosed that some academic institutions in South Korea, Japan, and Italy have sent letters to China asking it to share its experience in fighting COVID-19 and its use of TCM, and asking China to provide Chinese patent medicines.

The Belt and Road Initiative introduced the world to China’s strategy of debt colonialism, in which the political elite of Third World countries were persuaded to take out gigantic loans from Chinese banks to finance dubious infrastructure projects that could never pay for themselves. The ordinary citizens of those countries were startled to discover they couldn’t even get good jobs working on the projects because Chinese labor was imported to handle the work at lavish expense.

Now China is testing out virus colonialism – using the coronavirus epidemic it unleashed as leverage to gain control of foreign health care systems, build up political influence and financial leverage, and sell itself as the solution to a problem it created.