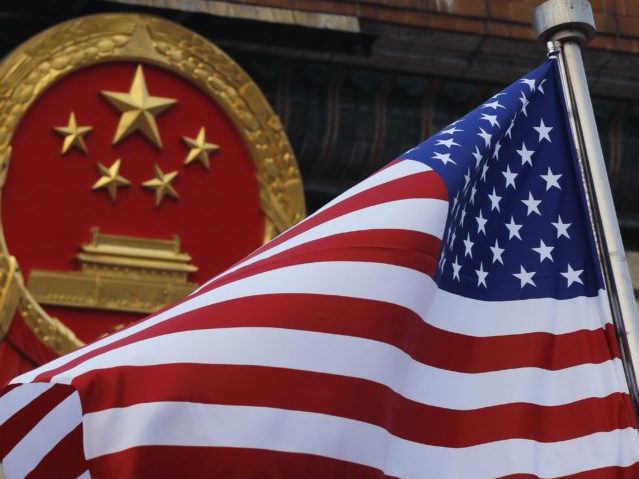 Jinhua is currently engaged in a legal battle with American semiconductor company Micron Technology, which accused Jinhua of conspiring with a Taiwanese company called UMC to poach Micron staffers and persuade them to appropriate Micron intellectual property on their way out.

The U.S. Commerce Department on Monday announced Fujian Jinhua Integrated Circuit would be barred from purchasing components, software, and other vital supplies from American companies.

“Jinhua poses a significant risk of becoming involved in activities that are contrary to the national security interests of the United States,” the Commerce Department stated.

Reuters reported the Trump administration is concerned Jinhua, which is partially supported by the Chinese government, could “flood the market with cheap chips that are also made by U.S. companies that supply the U.S. military.” This could put U.S. chipmakers out of business and leave the American military dependent on foreign suppliers.

Other complaints from China dismissed the U.S. Commerce Department’s action as mere protectionism:

Wang Yanhui, secretary-general of the Mobile China Alliance, said the move is the latest example of how the US leverages national security concerns as an excuse to protect its homegrown technology industry, and it is used by the US to gain more bargaining power for negotiations amid a mounting trade dispute.

“The restriction is protectionism, and out of concern that Chinese competition could threaten American companies. But in fact, a wide technology gap still exists between the two countries in semiconductors. The US is leveraging its current technological prowess to corner Chinese players,” Wang added.

China Daily briefly mentioned Jinhua’s legal dispute with Micron, but forgot to mention Micron was partially banned from sales in China in July due to its legal dispute with UMC. The Chinese government has alleged Micron is part of a price-fixing conspiracy with South Korea’s Samsung and Hynix corporations, the latter of which was also charged with price-fixing by the U.S. government in 2005.

The Commerce Department’s action against Jinhua was seen as unusual because it relies upon legal mechanisms that were intended to punish sanctions violators, as in the case of a company that sold banned products to Iran or North Korea.

The possible ramifications of the ban for Jinhua were compared by the New York Times on Monday to the plight of China’s ZTE telecom giant, almost driven out of business this year by a Commerce Department block on component sales. President Donald Trump ultimately responded to a plea from Chinese Communist Party leader Xi Jinping and worked out an arrangement where ZTE agreed to management changes, closer monitoring by U.S. officials, and a hefty fine.

“But relations between the United States and China have worsened since then, and the Trump administration is taking an increasingly hard line on transactions involving Chinese entities,” the Times noted. “It is eager to prevent China’s ascendance as an economic and technological powerhouse and has begun aggressively scrutinizing foreign deals to prevent Beijing from gaining access to valuable American intellectual property.”