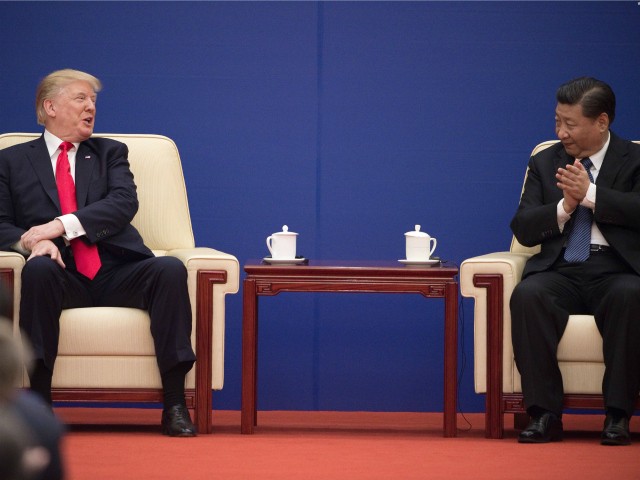 China is again pushing the idea of progress in trade talks with the United States, this time announcing agreed upon plans for an in-person meeting in January.

“Even as the U.S side is in the Christmas holiday period, China and U.S. economic and trade teams have been in close communication, and the consultations are progressing in an orderly manner as scheduled,” China’s Commerce Ministry spokesman Gao Feng said Thursday. He stated, “The two sides have indeed made specific arrangements for face-to-face consultations in January in addition to continuing intensive telephone consultations.”

One report citing two officials identified January 7 as the date U.S. trade officials will meet with Chinese counterparts in Beijing. Gao did not confirm the report.

President Donald Trump met again with Chinese President Xi Jinping on December 1 at the G20 in Argentina, along with trade advisers. The United States agreed to hold off on planned increases in tariffs on China in light of China’s commitment. China agreed during G20 meetings with U.S. officials to participate in 90 days of concerted effort to move forward with trade talks. The nation also agreed to begin purchasing U.S. soybeans and temporarily relent on certain tariffs on U.S. automobiles and parts.

The two sides have been participating in phone meetings and will continue to do so in an “intensive” manner, according to Reuters. Two phone meetings occurred in the week leading up to Christmas Day. China has promoted the progress made during these meetings, even specifically noting intellectual property, an issue President Donald Trump has made abundantly clear is pivotal in the talks. Trump has called on China to halt Chinese theft of U.S. intellectual property and for “reciprocal” trade that moves toward correcting the massive trade imbalance.