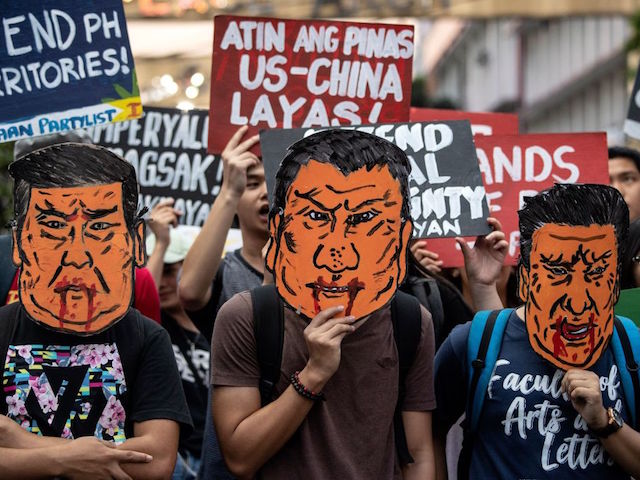 Xi’s salute to human rights, as reported by China’s state-run Xinhua news network, was filled with caveats about the Chinese Communist Party’s unique understanding of the subject. The audience was asked to celebrate the improvements in Chinese life since 1949 without dwelling on how many of those lives were snuffed out in the late 1950s, which is akin to asking Mrs. Lincoln how she enjoyed the play aside from that unpleasant intermission with John Wilkes Booth:

Chinese people will work with people of other countries to uphold the common values of humanity, which are peace, development, equality, justice, democracy and freedom, to safeguard human dignity and rights, to promote fairer, sounder and more inclusive global human rights governance, and to build a community with a shared future for humanity, he said.

Noting that the CPC has always taken human development as its goal, Xi said hundreds of millions of Chinese people have had their lives improved since the founding of the People’s Republic of China in 1949, particularly over the past four decades of reform and opening-up.

China has been combining the principle of human rights’ universality with the reality of modern times and staying committed to a path of human rights development that fits the Chinese context, Xi said in the letter.

China adheres to a people-centered vision of human rights, considers the rights to subsistence and development as the primary and basic human rights, and works for coordinated development of the people’s economic, political, social, cultural and environmental rights, the letter read.

Xi also called on people who work in the human rights research field to make greater contributions for the sake of diverse human civilizations and the world’s human rights cause.

In other words, Xi would like the human-rights community to respect the special characteristics of Chinese civilization and stop hassling him about crushing free speech, persecuting dissidents, and tossing the followers of inconvenient religions into prisons and concentration camps.

Xi’s definition of “human rights” sounds an awful lot like “whatever the Communist Party says is best for everyone.” The Global Public Policy Institute warned on Monday that China is using its political muscle and economic leverage to redefine the concept of human rights, replacing the Western concept of inalienable individual rights with an “alternative normative idea” based on the collectivist ideal of seeking the greatest good for society as a whole.

Whatever polite gestures of respect China might offer for the Universal Declaration of Human Rights, the key point of Xi’s argument is that human rights are not universal. The world is filled with authoritarian regimes that would prefer the Chinese model.