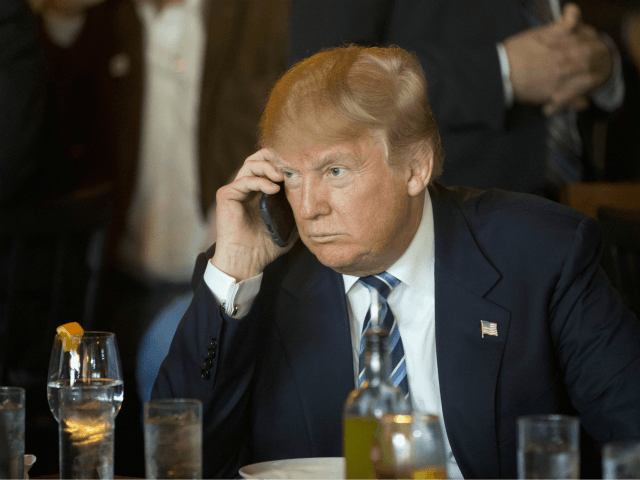 Foreign Ministry spokeswoman Hua Chunying set out to mock the NYT report on Thursday and dismiss all charges that say Chinese electronics are not secure. The piece in question was entitled, “When Trump Phones Friends, the Chinese and the Russians Listen and Learn.”

The New York Times quoted “several current and former officials who spoke on the condition of anonymity so they could discuss classified intelligence and sensitive security arrangements.”

These sources were said to be frustrated that President Trump will not listen to warnings from aides and intelligence officers who warned that “China and Russia were eavesdropping on the president’s cell phone calls from human sources inside foreign governments and intercepting communications between foreign officials.”

The Chinese are allegedly using the intel harvested from Trump’s cell phone calls to influence their trade war with the United States by putting together a list of people Trump talks to and “using them to influence the president” by tapping Chinese businessmen to feed them propaganda.

President Trump posted a negative review of its report on Twitter:

The so-called experts on Trump over at the New York Times wrote a long and boring article on my cellphone usage that is so incorrect I do not have time here to correct it. I only use Government Phones, and have only one seldom used government cell phone. Story is soooo wrong!

“Seeing this report, I feel there are those in America who are working all-out to win the Oscar for best screenplay,” Hua Chunying said at a Foreign Ministry press briefing in Beijing on Thursday. She denounced the Times report as “fake news” for good measure.

“If they are very worried about iPhones being tapped, they can use Huawei,” Hua suggested.

Huawei is the Chinese telecom giant whose products have been restricted or banned in the United States and Australia due to security concerns.

The New York Times slid into third base in the sarcasm game by observing that Hua “ridiculed but did not exactly deny” its report on Trump’s smartphones.

The Times also quoted Kremlin spokesman Dmitri Peskov taking a swing at humor, although Peskov really phoned it in by inviting listeners to insert their own jokes: “Apparently [New York Times reporters] have some sort of detailed information on that matter that gives ground to publish such information. All in all, we, by this time, are treating such material with humor.”

Wired took a more sober look at the accusations on Thursday, detailing some general concerns about intelligence agencies penetrating commercial cell phone systems and methods that might be theoretically used to monitor the calls of high-value government targets. Wired saluted iPhones for being less vulnerable to malware than Droids but advised people in sensitive positions to rotate their phones frequently to reduce the chance of a virus taking root.

Democrats in the House and Senate on Thursday insisted the New York Times report on Trump’s cell phone usage is troubling enough to merit a congressional investigation.