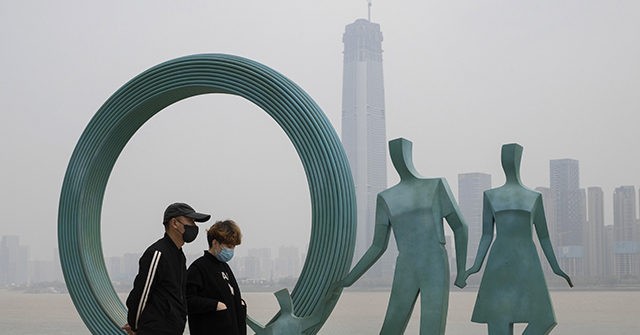 The U.S. State Department made tentative plans to reopen its consulate in the Chinese city of Wuhan on Wednesday, while Chinese state media brusquely told them not to bother, since the U.S. has lobbed so many “vicious slanders” at China over the coronavirus pandemic.

When the South China Morning Post (SCMP) asked about the status of the Wuhan consulate, closed in late January when the Chinese government locked down the city, the response from the main embassy in Beijing was that Amb. Terry Branstad “intends to resume operations in Wuhan in the near future.”

The SCMP noted that Wuhan’s lockdown officially ended on April 8. An alleged second wave of coronavirus ran through the city in May, but local officials said every resident has now been tested, and only a few low-threat “asymptomatic carriers” were detected.

China’s state-run Global Times on Wednesday told the State Department not to put too much effort into that reopening, because “Chinese netizens” are furious at America’s “vicious slanders” against China, and see no need for a U.S. consulate in Wuhan.

“What will they do back in Wuhan, spread more rumors about China? Undermine Chinese and Wuhan people’s achievements in containing the virus? Please, just don’t come back!” said a “netizen” quoted by the Global Times, which admiringly described that fiery post on Weibo (the Chinese version of Twitter, which is banned in China) as enjoying “hundreds of likes.”

“Many Chinese netizens demanded that the U.S. curb its coronavirus epidemic before sending Americans to China and asked the Chinese government to put those coming to Wuhan under strict quarantine for at least 21 days, and have them take nucleic acid tests multiple times,” the Communist Party paper wrote.

The Global Times concluded with a Chinese academic, China Foreign Affairs University professor Li Haidong, who advised those angry “netizens” to let the Americans reopen their Wuhan consulate so they could “experience and observe the truth of China’s efforts in combating the coronavirus and hopefully report this to their government.”