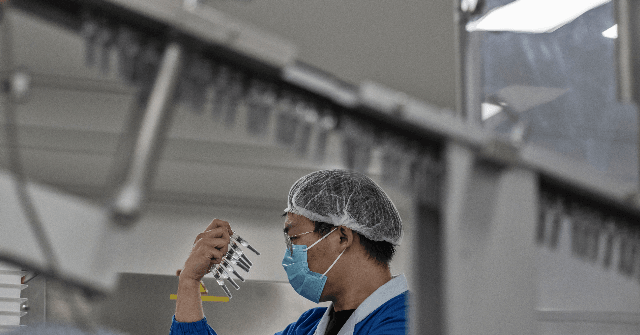 An official from the Chinese Ministry of Science and Technology said all of the “phase 3 clinical trials” are going well and “initial indications” show all of the vaccines are safe. He said the most common adverse reactions have been “pain and swelling at the injection site, followed by fever, both of which are mild.”

The two inactivated vaccines developed by China National Biotec Group (CNBG), which is affiliated to Sinopharm, and the Wuhan Institute of Biological Products, have started phase-3 clinical trials in 10 countries, with more than 50,000 volunteers taking part, said Liu Jingzhen, chairman of Sinopharm.

Sinovac Biotech, another vaccine developer, said that the company’s partners in Brazil, Indonesia and Turkey have established monitoring systems for adverse reactions in accordance with internationally accepted standards. So far, no severe adverse reactions related to COVID-19 vaccines have been reported.

Xinhua on Tuesday cited the “grim milestone” of 40 million global coronavirus infections – not including those that rogue states such as China are presumed not to document – as a “warning alarm to the world that a second wave of [Chinese coronavirus] has arrived.” The Chinese paper urged “international cooperation,” especially on vaccines, and more lockdowns to counter this second wave.

“As some countries with surging caseloads have chosen milder and targeted – usually localized, rather than nationwide – approaches to deal with the new wave of coronavirus, many experts suggested stricter restrictions might still be needed in the near future,” Xinhua wrote.

During a virtual press conference on Monday, Executive Director of the WHO Health Emergencies Program Michael Ryan said he had a “golden wish” that every contact of a confirmed case should be properly quarantined to break the chains of transmission.

Countries like China, South Korea and Japan have been able to implement measures longer than their counterparts in places like Europe and North America, Ryan said, adding Asian countries had “serious follow-through” in the anti-pandemic fight and their peoples had great trust in and compliance with governments.

Brazilian President Jair Bolsonaro said on Wednesday that contrary to statements made by his health minister the previous day, Brazil will not “buy the Chinese vaccine.”

“The Brazilian people will not be anyone’s guinea pig,” Bolsonaro declared.

The Chinese-developed vaccine Bolsonaro referred to is currently being tested in Sao Paulo at the Butantan Institute, which would produce the vaccine under the plan laid out by Health Minister Eduardo Pazuello on Tuesday, pending approval by Brazilian health regulators.

The Butantan Institute said on Monday that the vaccine appeared to be safe in preliminary testing. Brazil is also testing a vaccine developed by Oxford University in England and the AstraZeneca pharmaceutical corporation.