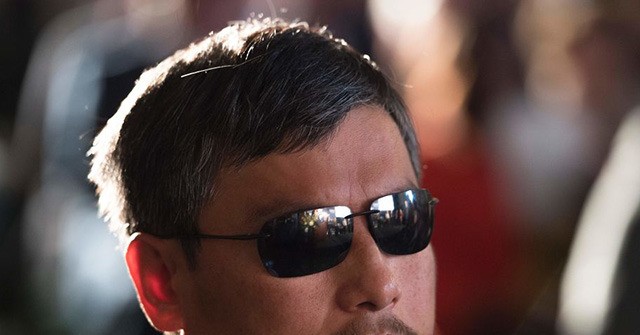 Speaking Thursday at an international symposium organized by The Anglosphere Society on behalf of “imperiled Christians,” Chen, who has been blind from an early age, explained how he became a human rights activist in Communist China.

While always moved to fight against injustice, Chen said that his direct experience with the CCP’s draconian population control policies, including forced abortions and infanticide, put him over the edge.

“In 2005, some people from my village told me about the violent one-child policy campaign taking place in Shandong,” he said. “I was horrified and felt compelled to act.”

“Women were being dragged from their homes in the middle of the night,” he said. “Shoved in vans, taken to clinics or hospitals to have their babies aborted, or to be sterilized. Men were also forcefully sterilized.”

“Families and relatives of couples who had ‘over-birthed’ were detained and tortured,” Chen continued. “Babies were aborted at all stages of pregnancy, even at full term. If they were born alive, they would have their necks broken.”

“These cruelties defy the imagination, defy our basic humanity. I could not turn away. I had to stop it. It was a natural reaction to the brutality I saw around me,” he said.

Mr. Chen went on to collect testimony from victims of the campaign, finding that in just six months, more than 130,000 forced abortions and sterilizations had been performed in his home region of Shandong.

As a consequence of exposing the CCP’s ongoing lies about forced abortions, Chinese security forces abducted Chen, beat him, detained him, and imprisoned him for over four years. Even after leaving prison, he and his family lived under 24-hour-a-day house arrest until he eventually escaped and took refuge in the United States.

Asked what surprised him most upon moving to the U.S., Chen said he never suspected the degree to which the CCP had infiltrated American institutions, including academia, government, media, and business.

Regarding what message he would give the American people, Chen said he would like Americans “to see that the CCP regime is not only dangerous for the Chinese people but to all of humanity.”

“The coronavirus should make that clear,” he said. “The virus originated in China, but even to this day the CCP refuses to be transparent about the origins of the disease.”

“If they truly wanted to cooperate in the international community, they would have immediately let observers and scientists in to understand what was happening and how the virus operates,” he continued. “But instead they blocked information and locked up people who wanted to tell the truth. The result is a disease that continues to ravage the world.”

The CCP’s barbaric population control policies denounced by Chen continue to this day, often with an explicit eugenic purpose.

As Reggie Littlejohn, China expert and president of Women’s Rights Without Frontiers, told Breitbart News this week, the CCP has reportedly been carrying out a “systematic campaign” of forced abortions, sterilizations, and implantations of IUDs on Uyghurs and other minorities to deplete their numbers while simultaneously incentivizing procreation among the Han Chinese, the dominant ethnic group in China.

Reports on forced abortions and the sterilization of Uyghur women on a massive scale are “deeply disturbing,” Littlejohn said, as are “reports that the CCP is practicing infanticide on babies born without permission.”

“The CCP has placed an estimated one to three million Uyghurs and other ethnic minorities in internment/concentration camps, where there are reports of genetic testing,” she said, “and a tribunal has found that Uyghurs are among those whose organs are being forcibly harvested for transplant.”

“Does the CCP see this as another way ‘to improve the quality of the population’?” she asked. “If so, in my opinion, this constitutes eugenics by genocide.”