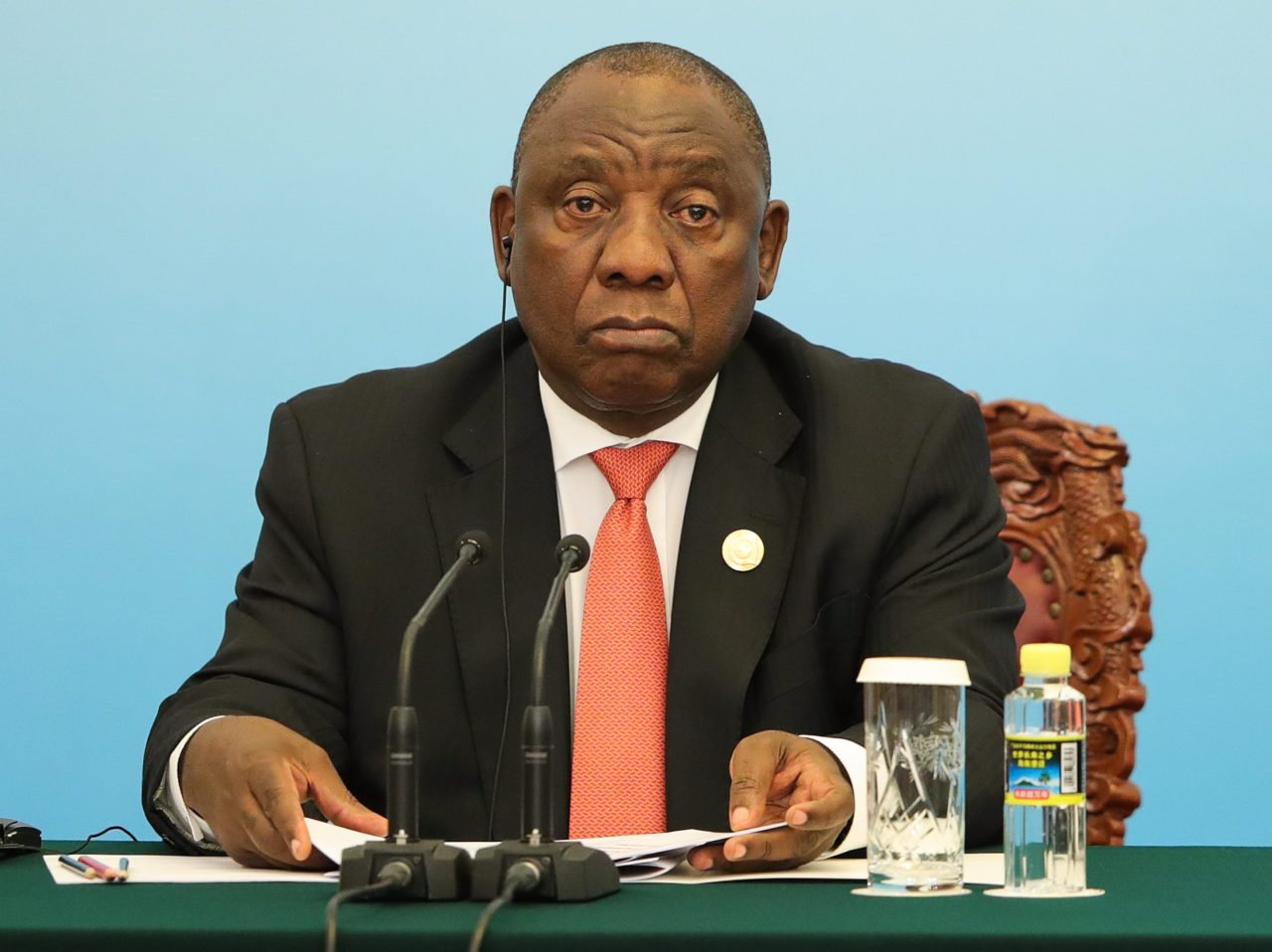 The government of South Africa announced on Friday that President Cyril Ramaphosa secured another $10 billion in Chinese loans during his trip to Beijing last week, bring South Africa’s total economic stimulus and infrastructure financing from China up to $25 billion.

Ramaphosa traveled to Beijing with other African leaders for a summit at which China pledged $60 billion in additional spending on Africa over the next three years, roughly doubling the amount China pledged in African financing in 2015. $15 billion of the new money will go to South Africa.

According to South Africa’s Mail & Guardian, South African officials were initially reluctant to take more money from China but concluded there is “no way we can grow our economy on our own,” as International Relations and Co-operation Minister Lindiwe Sisulu put it.

President Ramaphosa himself was described as “unimpressed” with the plans prepared by his own ministers to turn the economy around. The Chinese convinced him to borrow money from them instead of South Africa’s traditional benefactors in Europe because it South Africa should develop more “independence” from the West, and because China has become “very adept and good” at infrastructure projects.

Critics told the Mail & Guardian Ramaphosa was making a mistake by pursuing short-term stimulus loans appropriate to reversing a cyclical downturn when South Africa’s economic problems are deep and systemic.

That sort of miscalculation could lead South Africa to take out loans it will have a great deal of trouble repaying, which alarms South Africans worried about China’s “debt traps,” in which indebted countries cede their sovereignty (and choice bits of territory) to Beijing.

“China’s debt-trap diplomacy has already trapped the Zambian power utility and will no doubt be as ruthless on South Africa’s power utility if Eskom defaults on the R33 billion loan from the CDB,” the opposition Democratic Alliance party warned, referring to rumors that China is preparing to take over debt-riddled Zambia’s national electric company ZESCO. Democratic Alliance has threatened to bring suit against Ramaphosa if the details of the Chinese loans are not fully disclosed.

“We are very jealous of our assets and will not hand over South Africa to any other country or any other entity, that I can assure you of,” Ramaphosa responded.

New York-based columnist Asad Essa warned at Foreign Policy on Friday that China is already taking control of media across the African continent and squashing stories it doesn’t like, such as his own report on the oppression of Uighur Muslims in China’s Xinjiang province.

The South African on Friday discussed concerns that China will pursue a strategy it has used elsewhere in Africa, freezing out local suppliers and workers so it can use “Belt and Road” infrastructure projects to gradually take control of South Africa’s industrial sector.

The Ramaphosa administration essentially acknowledged this has been a problem in other countries but doubted China would “bring a skilled labor force to South Africa where there are people are capable of doing the job.”