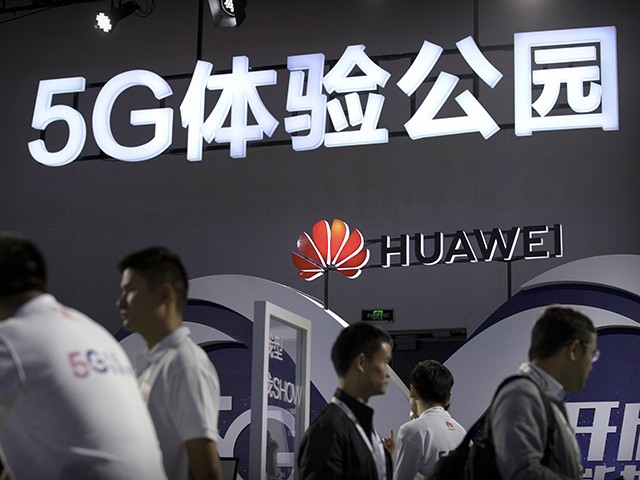 Among the torrent of Chinese state media editorials seeking to take advantage of the U.S. riots for political gain was a Monday editorial by the Global Times that sought to compare the death of George Floyd in Minneapolis to the U.S. ban against Chinese electronics giant Huawei.

According to Chinese propagandists, both are examples of heinous racial discrimination.

After chortling that the “protests” have “not only embarrassed the American political elites, but have also delivered a huge blow to the U.S. economy,” the Global Times settled down to explaining why the multi-billion-dollar Huawei corporation, and other enterprises owned or controlled by the massive Chinese state, are but the latest victims of entrenched American racism:

Moreover, the problem of discrimination is not just limited to racism in the US. US discrimination against Chinese companies is also deep-rooted. Huawei has been under tremendous pressure from the US government, partly because of its prominence in the deployment of 5G networks. More importantly, the US thinks Chinese companies may pose “national security risks.” In its latest move to cut off Huawei’s supplies, Washington restricted foreign manufacturers using US chipmaking equipment from selling semiconductors to the Chinese tech giant.

Weeks ago, the US government arbitrarily placed 33 Chinese companies and institutions on its entity list in a bid to escalate a technology war with China. Slapping sanctions on Chinese companies has clearly gone beyond the normal business range and points to nothing but political discrimination, which could be seen as another kind of “violent law enforcement.”

As with racial discrimination in the US, anger is also building over discrimination against Chinese businesses. And if the US allows such bias and discrimination to grow and remain, such an attitude will take its toll on the US economy sooner or later, and painful lessons will be inevitable.

The Global Times forgot to mention that some of those 33 Chinese entities were blacklisted by the U.S. government for human rights violations, including the use of religious and ethnic minorities such as the Uyghur Muslims as slave labor.

That is a detail the protesters in U.S. cities might want to know about before embracing the Chinese Communist Party (CCP) as an ally, since they have been known to ponder the horrors of slavery at great length. Some of them might also take issue with a titanic corporation trying to muscle in on their protests and paint itself as a victim alongside George Floyd.

Other Chinese companies were added to the blacklist in late May because they were involved with pervasive government surveillance, something else the demonstrators are not particularly fond of. Few of them would care for their own cities to be run by all-seeing police states that use thousands of cameras hooked up to A.I. facial recognition systems to monitor every single resident, the way the CCP manages Uyghur towns in Xinjiang province.

It is also a safe bet that the U.S. protesters would not want to live under anything like China’s “social credit system,” where people can suddenly find themselves unable to get a job, access public benefits, or even get on a bus because the authorities have decided they are “bad citizens.”