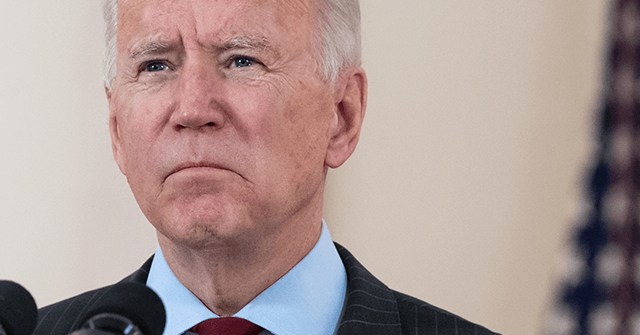 China’s state-run Global Times on Wednesday dismissed sanctions against 24 Chinese officials announced by Secretary of State Antony Blinken, sneering at Blinken’s combination of “strategic aggression” and “diffidence” and jeering that the officials he threatened to punish for the oppression of Hong Kong were already sanctioned by the Trump administration anyway.

The Global Times accused Blinken of making hollow threats in a futile effort to pressure China ahead of upcoming meetings between American and Chinese diplomats in Alaska. Hong Kong is among the issues that are supposed to be discussed, along with Chinese human rights abuses in Tibet and Xinjiang and China’s threats against Taiwan.

“We are clear-eyed about Beijing’s consistent failure to uphold its commitments, and we spoke about how Beijing’s aggressive and authoritarian behavior are challenging the stability, security and prosperity of the Indo-Pacific region,” Blinken said ahead of the Alaska meeting.

“There’s no room for China to compromise on issues related to sovereign security and core interests, and its determination and will to safeguard its core interests is unwavering,” Chinese Foreign Ministry spokesman Zhao Lijian responded.

On Tuesday, the U.S. State Department announced sanctions against 24 Chinese officials for the crackdown on democracy and autonomy in Hong Kong. The sanctioned individuals included members of the Chinese Communist Politburo as well as officials of the Hong Kong government and police.

Blinken said the sanctions were a direct response to Beijing’s authoritarian “reform” of the Hong Kong political system on March 11, with the imposition of a law – bypassing Hong Kong’s ostensibly autonomous legislature – that permits only Communist Party members obedient to Beijing to run for office in Hong Kong.

“The focus of Blinken’s sanction statement is naming the vice chairmen of the NPC Standing Committee. But such sanction threats will not have any impact on Chinese officials. They have already been ‘sanctioned’ by the Trump administration, and China sanctioned a number of U.S. officials in response. If this U.S. administration carries out a new round of sanctions, China is bound to retaliate,” the Global Times warned.

The Chinese Communist paper dismissed the Biden administration’s actions as political theater meant for domestic consumption, to satiate “anti-China sentiment” and the “irrational desire of some forces to contain China.”

The propaganda outlet advised Blinken to try “courtesy” at the Alaska meetings instead of making “tough gestures” and pretending that the U.S. is dealing from a “position of strength.”

The Global Times said the Biden administration is trying to ice-skate uphill against the awesome power of the new planetary hegemon, which dominates global opinion and leaves America with little support for its moral posturing:

U.S. hyperbole over Hong Kong has turned off the appetite of most members of the international community. Hong Kong is part of China’s territory. Some Americans, in the form of public opinion, make a few comments on Hong Kong’s governance. Washington is trying to dictate how Hong Kong should be handled. If that is the case, China can only ask, who do they think they are? The more extreme their performances, the more they show that some of their old power is gone. They should remember this: China is not what it was a hundred years ago!

In reality, international criticism of China’s oppressive moves on Hong Kong is quite robust, and even the Hong Kong criticism the Global Times fulminated over was co-signed by Japan. International human rights organizations noted China’s return to the U.N. Human Rights Council last week with dismay, noting that Beijing’s general response to human rights criticism involves threatening the critics.