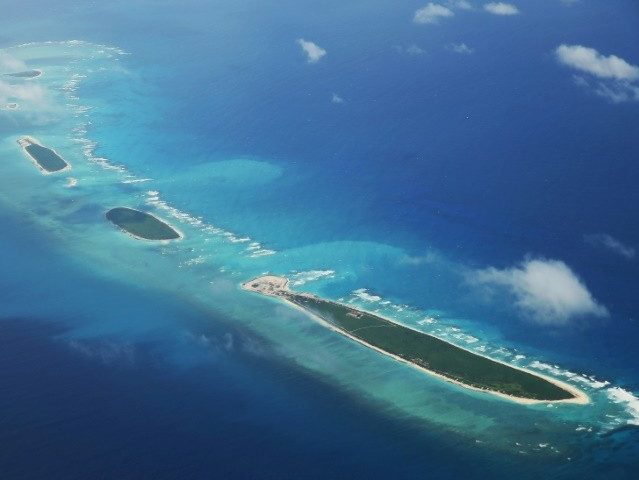 The destroyer USS McCampbell conducted a Freedom of Navigation Patrol (FONOP) on Monday that brought it within 12 nautical miles of the Paracel Islands in the South China Sea.

China, which illegally claims control of the disputed islands, denounced the patrol as a “provocation” and said it “gravely infringed upon China’s sovereignty.”

“We will be on high alert and will closely monitor the air and sea situation to strongly defend our sovereignty and security,” the Chinese Defense Ministry declared on Monday, while the Chinese Foreign Ministry urged the U.S. to “immediately cease this kind of provocation.”

The U.S. Pacific Fleet said USS McCampbell, an Arleigh Burke-class guided-missile destroyer, is conducting patrols across the region to challenge “excessive territorial claims,” adding its mission is not intended as a political statement or directed at any single nation. Taiwan and Vietnam also have territorial claims in the Paracels.

Pacific Fleet spokeswoman Rachel McMarr said the FONOP patrols are intended to “demonstrate that the United States will fly, sail and operate wherever international law allows.”

“That is true in the South China Sea as in other places around the globe,” she added.

In December, the McCampbell passed through Peter the Great Bay in the Sea of Japan to challenge excessive maritime claims from Russia.