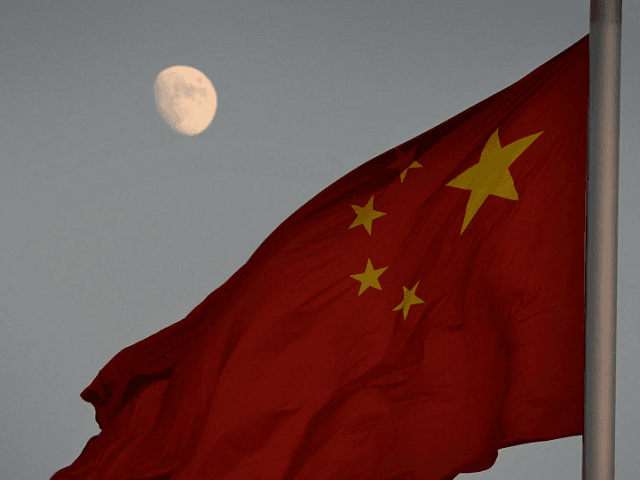 Authorities in the Chinese city of Chengdu plan to launch an “artificial moon” that will replace street lights and illuminate the city with powerful artificial light, the state-run People’s Daily reported this week.

The chairman of Chengdu Aerospace Science and Technology Microelectronics System Research Institute, Wu Chunfeng,  announced the project at a national mass innovation and entrepreneurship conference last week, the official publication of the Chinese Communist Party reported, which will be used to “complement the moon at night” and will allegedly be eight times as bright.

“Wu introduced that the brightness of the ‘artificial moon’ is eight times that of the real moon, and will be bright enough to replace street lights,” the paper reported. “The satellite will be able to light an area with a diameter of 10 to 80 kilometers, while the precise illumination range can be controlled within a few dozen meters.”

The idea for the project reportedly came from a French artist “who imagined hanging a necklace made of mirrors above the Earth which could reflect sunshine through the streets of Paris all year round.” Testing of the satellite started years ago, Wu said, although the technology will soon be ready for its launch in 2020. However, it is not clear whether the project has received the approval of either local government or Chinese Communist Party officials in Bejing.

Some local residents have reportedly expressed concern that the project could disturb the lives of various wildlife as well as those practicing astronomical observation. The People’s Daily sought to reassure readers by citing a Communist Party official who “explained that the light of the satellite is similar to a dusk-like glow, so it should not affect animals’ routines.”

The last project of such kind was a Russian attempt in 1999 to use orbiting mirrors as a way to illuminate cities in Siberia, mainly in the hope it would serve as a cheaper alternative to electric lighting. The scheme used a device known as the Znamya 2, which was equipped with a 25-meter mirror to illuminate a three-mile radius of land. The device crashed during its first orbit after a collision in space and the project was later abandoned altogether.

The move is the latest example of China’s ambition to compete with the United States in the battle for scientific and technological progress, as well as broader space exploration. Officials in Bejing recently expressed alarm at President Donald Trump’s announcement of a “space force” branch of the U.S. military, accusing Trump of “trying to turn outer space into a battlefield.”

China, meanwhile, continues to aggressively improve its own space capabilities, with the U.S. identifying China in this year’s national security strategy as a key strategic and military competitor in the field. Military officials have described Beijing’s efforts as building a “navy in space.” According to some analysts, the U.S. remains “over a decade” behind in China developing significant space warfighting capabilities.

Chinese officials and the European Space Agency opened talks last year regarding the construction of a possible moon base, while the country also plans to land their own vehicle on Mars by 2020.