A petty article in China’s Global Times government propaganda publication celebrated the news, first shared by ESPN journalist Adrian Wojnarowski, that NBA player Enes Kanter Freedom had been traded from the Boston Celtics and has not yet landed on a new team.

The article, citing Chinese government-approved social media netizens, claimed that Celtics fans were pleased to have “fought off the virus,” meaning Freedom, and appeared to confirm that Chinese citizens would soon be able to watch Celtics games again after the regime banned the team to keep citizens from seeing Freedom. Chinese streamer Tencent, the only legal way for Chinese citizens to watch NBA games in the country, had blocked all Celtics games indefinitely last year in response to Freedom’s activism against the Communist Party.

Wojnarowski, who has a record of belligerence in the name of defending communist China, reported that the Celtics had traded Freedom to the Houston Rockets, who had chosen to waive him.

“Freedom’s name did not appear directly in Chinese sports news on deadline day, but many Celtics fans posted on basketball forum Hupu expressing their excitement as if they ‘fought off the virus,’” according to the Times. An anonymous alleged “Beijing-based sports commentator” added, “He didn’t focus on basketball as a player and lost his job … And Chinese fans can expect to watch Boston’s games soon.”

The state propaganda outlet derided Freedom as a “below-average player,” citing the little time that he has received on the court since vocally condemning the Chinese Communist Party. Celtics coach Ime Udoka only played Freedom an average of 12 minutes through this season. 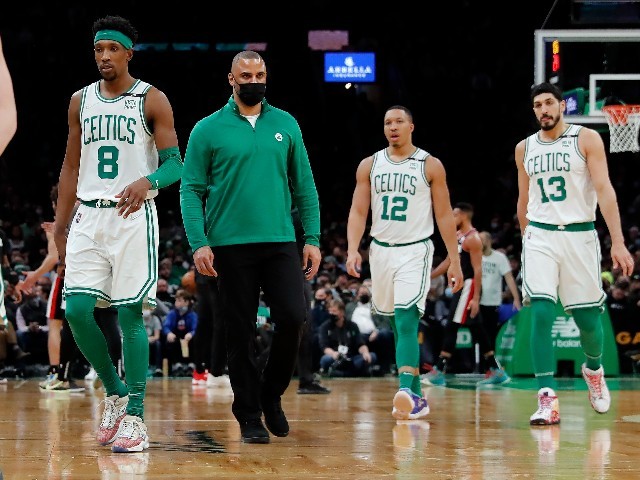 “Despite a rare appearance this season, broadcasters in China have yet to resume games featuring the Celtics, making the anti-China Kanter Freedom look like a burden to the league that has hundreds of millions audience members in China,” the Global Times claimed.

The state newspaper declared that Freedom “wasn’t” popular in the league – despite no news of him retiring from the NBA entirely – and mocked him for appearances on Fox News, although Freedom also conducted interviews on left-wing outlets such as CNN.

Freedom, a center with a long history of pro-democracy activism against the Islamist president of his native Turkey, Recep Tayyip Erdogan, launched a campaign this season against communist China, outraging NBA officials by wearing sneakers on the country with art portraying various human rights abuses by Beijing, including the genocide of the Uyghur people, cultural genocide in Tibet, the use of Falun Gong practitioners for live organ harvesting, and China’s incessant harassment of the free nation of Tibet. Freedom more recently turned on powerful members of the NBA itself for their business ties with China, including publishing a list of fellow players with lucrative contracts with Chinese companies.

These are all @NBA players who are sponsored by Chinese companies that produce their products with slave labor.

Unfortunately many sports media outlets & journalists are controlled by #NBA

Have some courage & ask these athletes about their ignorance.

Freedom changed his last name after becoming a U.S. citizen last year and has since embraced other human rights causes outside of China, including the fights for freedom in Venezuela and Iran. Neither of those has prompted any concern from the NBA, however, whereas Freedom told CNN in November that NBA officials had heavily pressured him not to wear sneakers with anti-China messages on the court.

“I had been talking about all the human rights violations and injustices happening in Turkey for ten years and I did not get one phone call. I talk about China one day, and I was getting a phone call once every two hours,” Freedom told CNN, accusing unnamed NBA officials of “begging” him to take off sneakers with pro-Tibet freedom messages. The officials, he claimed, backed off after he asked them to specify which league rule his shoes were violating.

The Global Times‘ gleeful celebration followed very little coverage of Freedom’s campaign against the Chinese Communist Party. The only significant pushback from the newspaper came in January, when the Times bizarrely accused Freedom of being a CIA agent.

“As Freedom drew headlines with his ‘outspoken’ remarks, ‘Enes Kanter is CIA’ became a meme around the net, with many speculating about his links to Washington,” the Global Times alleged, reprinting Turkish government conspiracy theories that Freedom’s ties to Muslim religious leader Fethullah Gülen indicate that Freedom himself has ties to the CIA. 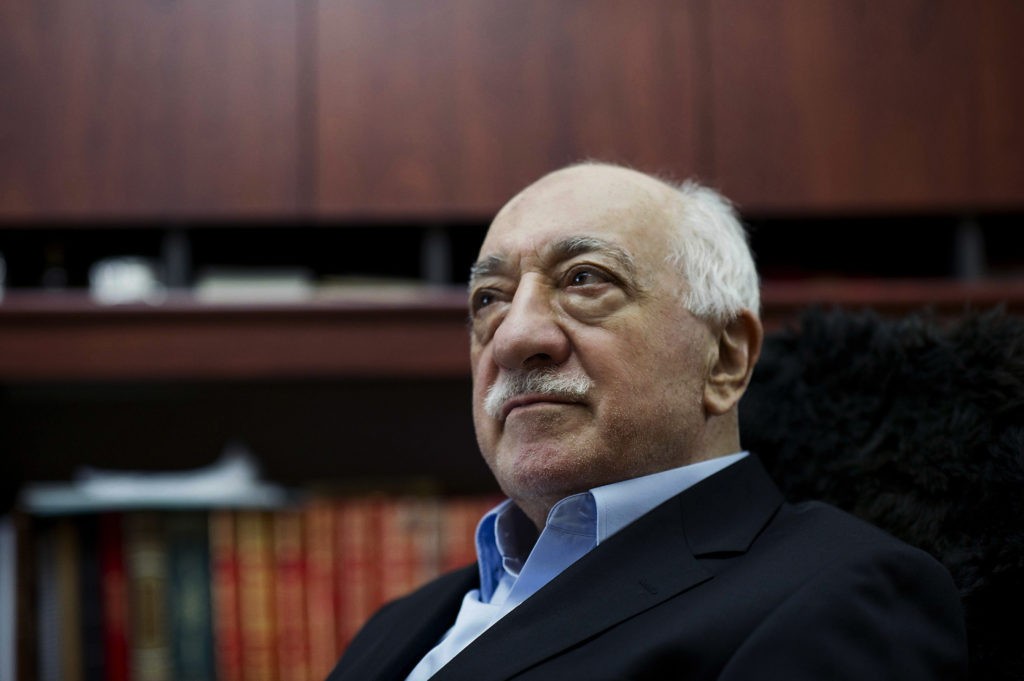 Erdogan accused Gülen, a Pennsylvania-based cleric who was once a key Erdogan ally, of staging the July 2016 alleged failed coup against him. Erdogan and his government have demanded that Washington extradite Gülen – and Freedom for being a member of Gülen’s Hizmet movement – based on this claim, but he provided no evidence to support it, resulting in three subsequent presidents ignoring it.