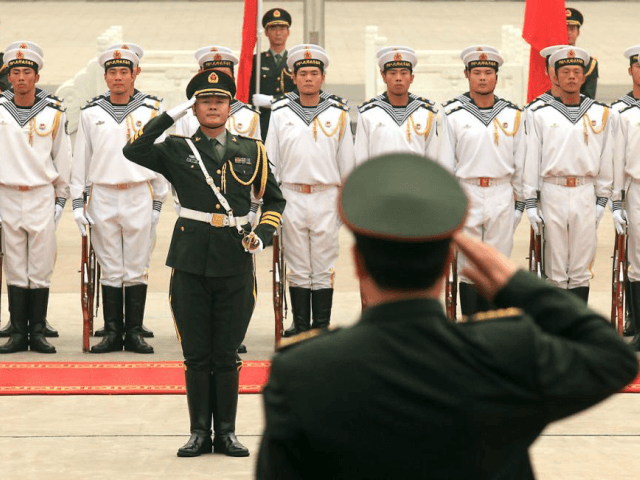 Hainan is China’s southernmost province and a legal part of China. It lies close to disputed territories in the South China Sea, however, such as the Spratly Islands, the Paracel Islands, and the Scarborough Shoal, claimed by the Philippines and Vietnam.

China claims almost the entiretly of the South China Sea as its sovereign territory, alleging that Beijing has governed that territory for thousands of years. The Permanent Court of Arbitration at the Hague ruled in 2016 that China’s claims – and its construction of artificial islands outside of Chinese sovereign territory – were illegal. China vowed to ignore the ruling and has continued to build military and surveillance facilities on Vietnamese and Philippine territory.

The new construction in Qionghai, part of Hainan, will not fall within the parameters of the illegal constructions. It does appear to be intended to spread propaganda against the ruling, however.

“Launching this project reflects the country’s maritime strategy and determination to boost culture,” Hu Bing, deputy director of the National Cultural Heritage Administration, told China Daily. “The base will benefit Hainan’s economy and help clarify the history of the South China Sea.”
The facilities will reportedly help “archaeoogical studies” intended to prove that China has always governed the region.

“The facilities will include a scientific research institute for maritime cultural heritage, a conservation workshop for salvaged shipwrecks and a training center for archaeologists,” China Daily reports. The government will allow the National Center of Underwater Cultural Heritage to control the facilities, the newspaper continued, without clarifying what the agency does or how it defines “underwater cultural heritage.”

The project, Hu added, would also help China continue to build upon its One Belt, One Road (OBOR) infrastructure plan, also known as the Belt and Road Initiative (BRI). The BRI is Chinese Communist Party leader Xi Jinping’s plan to take over the world’s most important ports, roads, and railways, initially connecting Beijing to Portugal, but ultimately encompassing the whole world. The South China Sea claims are part of the “Martime Silk Road,” the half of the plan that requires China to control traffic in one of the world’s busiest trade routes. China’s biggest success in taking over the South China Sea so far as been the takeover of Sri Lanka’s Hambantota seaport, which occurred after Colombo failed to pay on its high-interest loans to China.

The project, the newspaper notes, will help expand the Maritime Silk Road by aiding in “investigations” in places such as the Paracel Islands, which are sovereign Vietnamese territory.

China illegal administers the Paracel and Spratly Islands as part of Hainan province.

News of the allegedly historical facility in Hainan follows reports of more illegal constructions in the Paracel Islands. Last week, the Asia Maritime Transparency Initiative, a project by the Center for Strategic and International Studies (CSIS), published photos of what it claimed to be a new, “modest” structure China has built in the Paracel Islands. Solar panels appear to line the top of the structure, which CSIS notes may indicate that the structure does not receive much electricity, limiting what sort of technology China can place there.

The United States has been the most vocal nation challenging China’s claims in the region. On Wednesday, the U.S. Navy sent two ships to sail through the Taiwan straight, a legal right in international waters, as a way to keep the seas open.

“The ships’ transit through the Taiwan Strait demonstrates the U.S. commitment to a free and open Indo-Pacific,” U.S. Pacific Fleet said in a statement, according to Reuters. “The U.S. Navy will continue to fly, sail and operate anywhere international law allows.”

While not passing through legal Chinese waters, the Chinese Foreign Ministry replied with its “concern” about the presence of American ships there.

“We urge the US to observe the one-China principle and the stipulations of the three China-US joint communiqués and prudently and properly handle Taiwan-related issues so as to avoid undermining China-US relations and the peace and stability across the Taiwan Strait,” spokesman Geng Shuang told reporters on Thursday.

The Chinese Defense Ministry also announced it would “remain on high alert” for American vessels and “resolutely safeguard national sovereignty and territorial integrity.”