China’s state-run Global Times on Sunday accused U.S. President Joe Biden of seeking to provoke a war between Ukraine and Russia because he wants to boost the American economy at the expense of those in Asia and Europe, while “using the tension to stir up trouble for China-Russia ties.”

The editorial quoted “Chinese analysts” who said the U.S. is “spreading disinformation and strengthening military deployments to provoke Russia” so it can start a war that will advance American interests by “increasing uncertainties and concerns to harm the eurozone economy so there will be more capital flight from the continent to the U.S. and thus easing the US inflation pressure.”

The editorial undercut its own conspiracy theory by arguing that European capital is “mature” and “there are no signs of large capital transfers to the U.S. market,” implying Biden completely misjudged the situation before launching his scurrilous plan to enrich America by starting a war.

“China needs to keep close watch, oppose any act to hype up tensions by spreading fear via disinformation, and urge relevant parties to solve the problems via diplomacy,” the Global Times advised. 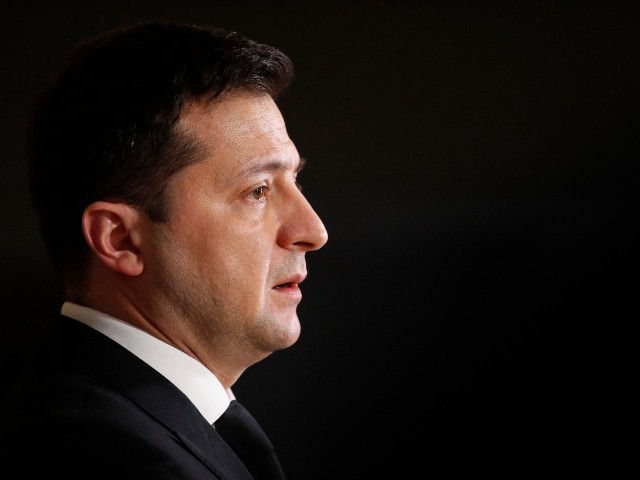 The Global Times and its “experts” offered no evidence to back up these allegations, just a vague sense that since Russia supposedly has no logical reason to invade Ukraine, any conflict that might erupt could only be the result of American manipulation. 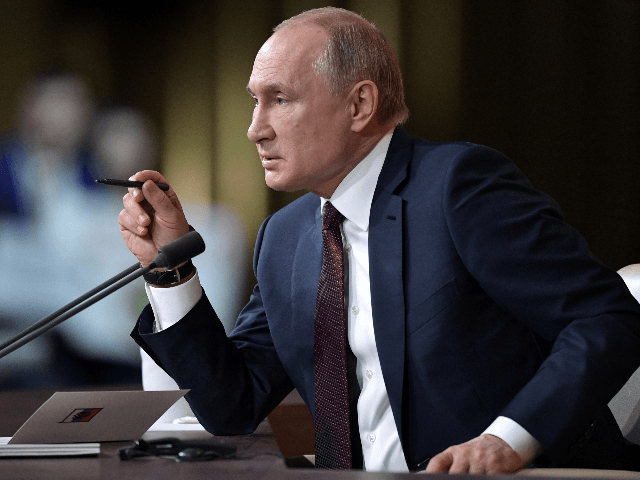 “It’s possible that if Moscow and Kiev [sic] both keep calm, the US would use its proxies, such as NGOs or agents in Ukraine to create new troubles or to spark conflicts between Russia and Ukraine. This is what we need to pay attention to, rather than worrying about a so-called ‘Russian invasion’ hyped by the U.S.,” speculated Jin Canrong of Renmin University.

The Global Times chastised several nations that are not as “calm as China” following the U.S. lead and reinforcing the illusion of an imminent Russian invasion by evacuating their citizens from Ukraine, including the U.K., Australia, and Japan.

China’s embassy in Ukraine also issued warnings to Chinese nationals last week, but of course the Global Times gave China a pass for taking prudent precautions instead of fear-mongering.

The Global Times urged Chinese Communist officials not to fall into the diplomatic “trap” the U.S. is setting in Ukraine:

On Sunday, Australia followed the US to urge China to help them push Russia, with Australian Prime Minister Scott Morrison calling on China to not remain “chillingly silent” on the crisis. On Thursday, US Ambassador to the UN Linda Thomas-Greenfield said “We would hope that the Chinese would play a role in encouraging the Russians to do the right thing.”

Chinese analysts said the attempt is clear, as Washington wants to create a trap for China – if China does what they say based on their information about Russia’s invasion, then China-Russia ties would be harmed, but if China does not act they can accuse China of remaining “chillingly silent.”

Chinese Ambassador to the UN Zhang Jun responded on his Twitter account on Thursday immediately that “Our message is consistent and clear: Resolve any differences through diplomacy. Stop hyping up the tension. Russia’s legitimate security concerns should be seriously addressed.”

The remarks by Australian Prime Minister Scott Morrison to which the Global Times referred were made on Sunday after Australia announced it was evacuating its embassy in Kyiv. The embassy staff was relocated to a temporary office in western Ukraine near the Polish border, while Australian Foreign Minister Marise Payne advised all other Australians to leave Ukraine “immediately by commercial means.”

Morrison was pushing back against an earlier Global Times editorial that accused the U.S. of using Australia and its other Indo-Pacific partners as a “tool to serve its own strategic goal of countering China and Russia simultaneously.”

“Australia appears to be the only loyal US follower in the bloc, betting all on worsening China-U.S. relations like a desperate gambler and even mulling to expand their target to Russia. But the U.S. won’t appreciate Australia’s sacrifice or compensate the losses when the US has a policy adjustment,” the Chinese Communist paper taunted.

Morrison countered on Sunday by saying the U.S., Australia, Japan, and India were working together to “promote peace and prosperity in the region” and provide “greater humanitarian support” during the Wuhan coronavirus pandemic.

“Yet, the Chinese government is happy to criticize Australia for engaging in such peaceful activities, yet remains chillingly silent on Russian troops amassing on the Ukrainian border,” Morrison fumed in the rest of the quote clipped by the Global Times.

The Financial Times on Sunday saw a devil’s bargain shaping up between the aggressive authoritarian regimes in Beijing and Moscow, as China courts Russian support for a prospective future invasion of Taiwan in exchange for helping Russia evade international sanctions after it attacks Ukraine – and both of them thrive in a world where territorial gain by military conquest is suddenly back on the table for great powers.

The Financial Times argued that Russia and China have a great deal in common, including mutual paranoia that protest movements against their respective dictatorships have been orchestrated by the United States to undermine their authority – but the friendship between Russia and China might suddenly stop budding if the former actually invades Ukraine instead of merely bullying it.

“Beijing, which has long made respect for territorial integrity a foreign policy principle and has pursued trade and political links with Ukraine, may have little interest in a Russian military invasion that would provoke a global crisis and galvanize NATO and the U.S. The current stand-off, by contrast, arguably suits China well by tying Russia and the west up in protracted diplomatic wrangling,” the editors concluded.