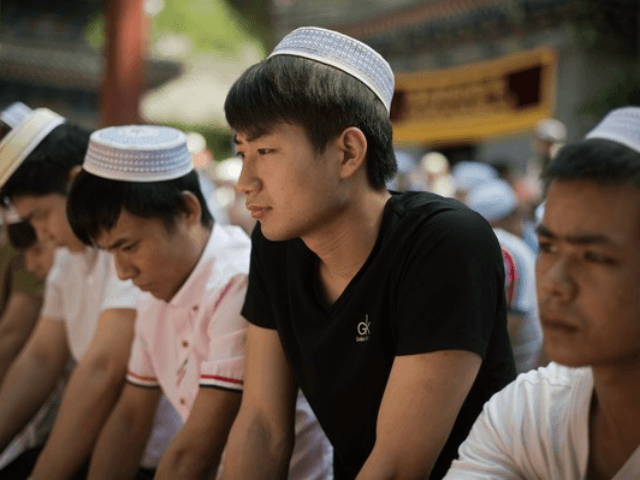 Beijing has approved a measure ordering Muslim communities within its borders to “uphold the sinicization of their religion” during the next five years, which refers to making Islam more Chinese by instilling Communist Party values, China’s state-run Global Times reported this week.

Global Times noted that China approved a draft of the mandate in December 2017.

Gao Zhanfu from the Beijing-based China Islamic Institute reportedly indicated that “the sinicization of Islam is not about changing the beliefs, habits, or ideology of Islam but to make them compatible with socialist society.”

Global Times’ report came as China invited the international community to visit Xinjiang province, believed to house hundreds of re-education camps that the U.S. and United Nations say are used to subject the region’s predominantly Muslim Uighur (or Uyghur) population, as well as Kazakhs and Kyrgyz, to communist indoctrination, systemic torture, disappearances, executions, and arbitrary detentions, among other crimes.

Arguing that the camps are vocational and educational centers aimed at combatting terrorism and religious extremism, China has repeatedly denied that Beijing is mistreating the detainees at the facilities, also known as mind transformation centers and concentration camps.

On Monday, China’s Foreign Ministry extended its invitation to visit the centers to “any party who abides by China’s laws and regulations and does not interfere with its internal affairs,” Global Times noted in a separate article, echoing other news outlets.

Shohrat Zakir, the chairman of the People’s Government of Xinjiang Uyghur Autonomous Region, reportedly revealed on Monday that diplomats from 12 countries — including Russia, Indonesia, India, Kazakhstan, and Pakistan — have already visited the mind transformation centers, at the behest of China.

“Xinjiang is an open area and we welcome all parties, including UN officials, to visit the region and respect Chinese laws,” Lu Kang, a spokesperson for the Ministry, told reporters.

“A group of foreign media, including Reuters and TASS, visited the centers January 3-5,” Global Times noted.

Citing sources and recent activity in the region, the Epoch Times reported last week that Chinese officials are “drastically” intensifying efforts to conceal evidence of hundreds of tortuous “re-education centers” for Muslims in Xinjiang in advance of potential inspections.

Under Chinese Communist Party leader Xi Jinping, persecution against Christians, Muslims, and other religious groups in China has escalated.

In 2017, Xi stressed that “all religions must be ‘Chinese-oriented,’ as part of his effort to ‘Sinicize religion,’ or make it more Chinese, by instilling socialist core values,” Newsweek reported.

Global Times acknowledged that Xi introduced the sinicization of Islam concept in 2015, adding that it has since “matured.”