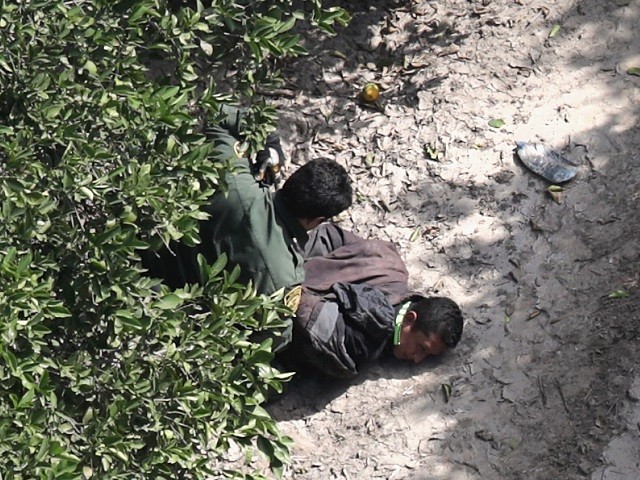 Border Patrol agents in the Rio Grande Valley Sector arrested three Central Americans who are known members of violent gangs. The agents also arrested five illegal immigrants with criminal histories that include convictions for homicide, child rape, and other sexual crimes against children.

Agents assigned to the McAllen Station apprehended a group of 39 illegal immigrants near Hidalgo, Texas, on November 14. During processing, the agents learned that one of the migrants, a Guatemalan national, is a member of the 18th Street gang. The Guatemalan admitted to the gang membership, according to Rio Grande Valley Sector Border Patrol officials.

Agents assigned to the Rio Grande City Station apprehended another Central American migrant who illegally crossed the border near Roma, Texas, on November 11. A records check completed during processing identified the Salvadoran national as a member of the 18th Street gang.

A few days earlier, McAllen Station agents received a request for assistance from the La Joya Police Department regarding a human smuggling operation. When the agents arrived they carried out an interview and determined that the three migrants were in the U.S. illegally. They transported the migrants to the station and carried out background investigations that revealed one of the men to be a member of the MS-13 (Mara Salvatrucha) gang.

In addition to the three members of violent gangs who were arrested after illegally entering the U.S. agents also apprehended several illegal immigrants with criminal convictions.

McAllen Station agents apprehended a Salvadoran national on November 12 near the border town of Mission, Texas. A records check of the man’s background revealed an arrest and conviction in Washington, D.C. for sexual abuse of a child or minor. The Salvadoran man received a jail sentence of 180 days prior to being removed from the U.S.

That same day, other agents assigned to the McAllen Station apprehended a Guatemalan man near the border town of Sullivan City, Texas. During processing, the agents learned the illegal immigrant has a record of arrest and conviction for a sexual offense in Los Angeles County, California. The 2016 conviction for lascivious acts with a child earned the illegal alien a one-year jail sentence.

Two days earlier, agents patrolling near Mission came upon a Mexican national with a previous arrest by the Grant County Sheriff’s Office in Ephrata, Washington. The arrest led to a conviction on a charge of rape of a child. The Mexican man received a jail sentence of nine months from the court in Grant County.

And finally, agents assigned to the Falfurrias Border Patrol Checkpoint on November 9 disrupted a human smuggling attempt where a U.S. citizen driver attempted to sneak 22 illegal immigrants through the immigration checkpoint. During processing, the agents learned that one of the men, a Salvadoran national has an arrest and conviction from his home country for aggravated homicide. He received an 18-year prison sentence for the killing.

All illegal immigrants apprehended by Border Patrol agents undergo a biometric background investigation to prevent these kinds of criminals and gang members from successfully making their way into the interior of the United States.