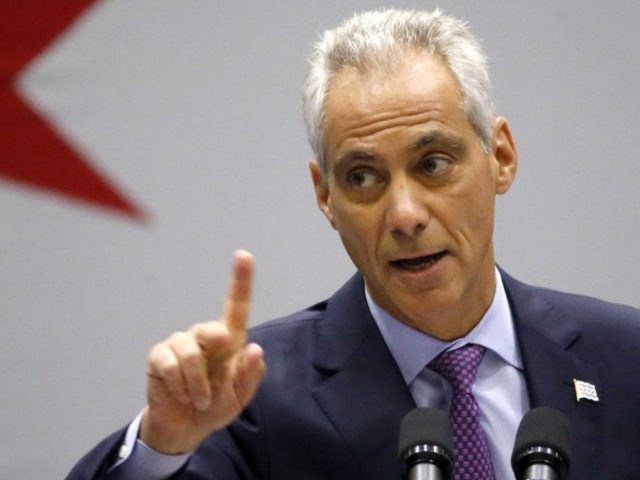 “If Beto O’Rourke wants to go and run for president, God bless him. He should put his hat in and make his case. But he lost. You don’t usually promote a loser to the top of party,” Chicago Mayor Rahm Emanuel told MSNBC’s Morning Joe on Thursday.

This month, a poll by Morning Consult and Politico put Beto O’Rourke just behind Vermont Sen. Bernie Sanders and former Vice President Joe Biden on left-wing wish lists for the 2020 presidential race. Meanwhile, a PAC known as “Draft Beto 2020” aims to generate national enthusiasm. “Beto can win,” they wrote. “Our goal is to show Beto that there is support for his candidacy, starting here in New England.”

For his part, O’Rouke has said he and his wife “made a decision not to rule anything out. “Running for Senate, I was 100 percent focused on our campaign, winning that race,” he told reporters outside an El Paso town hall meeting. “Now that that is no longer possible, you know, we’re thinking through a number of things.”

Despite his narrow loss, the race for incumbent Sen. Ted Cruz’s seat has gained O’Rourke national visibility — starting with a video in which he defended NFL players kneeling during the national anthem, saying he could think of “nothing more American.”

Former President Barack Obama called O’Rouke an “impressive young man who ran a terrific race in Texas.” Obama praised his apparent authenticity, saying, “What I liked most about his race was that it didn’t feel constantly poll-tested. It felt as if he based his statements and his positions on what he believed.”

“The reason I was able to make a connection with a sizable portion of the country was because people had a sense that I said what I meant,” Obama said. “What I oftentimes am looking for first and foremost is, do you seem to mean it?”

With such a heady mix of endorsements, skepticism, and public intrigue, it is difficult to predict where Beto O’Rourke may be headed in November 2020 — but if young members of the left have any say, it might just be the Oval Office.