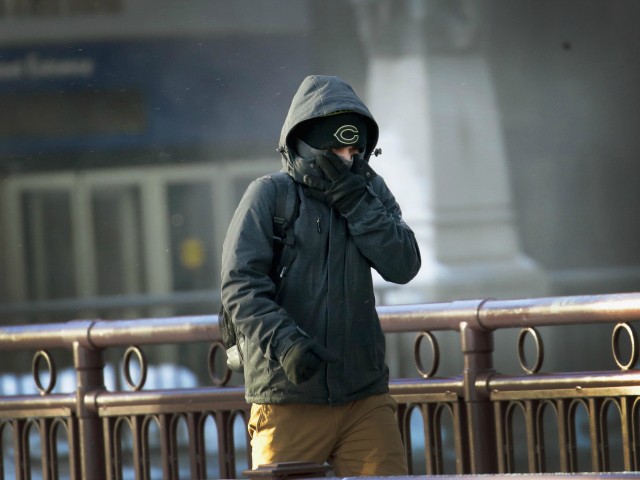 Chicago has officially broken its coldest record for January 30 as a deadly arctic blast freezes large swaths of the Midwest.

Temperatures were still dropping after plunging early Wednesday to minus 19 degrees, breaking the day’s previous record low of 15 below, set in 1966. Snowplows were idled overnight in southwestern Minnesota, where temperatures dropped to negative 29 degrees. The temperature in Fargo, North Dakota, was 31 degrees below zero.

The National Weather Service said the actual temperature was 23 below zero at Chicago’s O’Hare International Airport on Wednesday morning. Wind chills in northern Illinois were as low as 57 below in Rockford.

Officials have warned against venturing out into the dangerously cold weather, and the governor has issued a disaster proclamation.

The South Shore Line, which runs into northern Indiana, suspended its commuter rail trips Wednesday and said it expected limited service Thursday. Extreme weather conditions prompted Amtrak to cancel all trains into and out of Chicago on Wednesday and most services to and from Chicago on Thursday.

Some major Chicago attractions were not open Wednesday, and schools were closed.