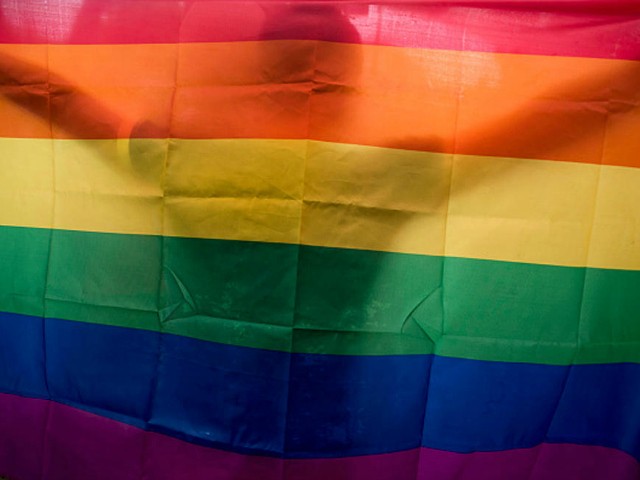 A Chicago Catholic priest who burned an LGBTQ rainbow flag in defiance of a cardinal’s orders has been removed from his parish as of Friday.

Chicago Cardinal Blase Cupich allegedly sent two of his deputies to inform Rev. Paul Kalchik on Friday that the archdiocese would be removing him from his pastoral duties after Kalchik burned the rainbow flag adorned with a cross in a closed-door ceremony, the Chicago Sun-Times reported.

The Archdiocese of Chicago also released a letter stating that Kalchik would be taking time off “to receive pastoral support.”

“It has become clear to me that Fr. Kalchik must take time away from the parish to receive pastoral support so his needs can be assessed,” Cupich wrote in a letter released by the archdiocese.

A spokesperson for the archdiocese claimed “this decision has been in motion for some time and is not directly due to the flag-burning.”

The Chicago cardinal warned Rev. Paul Kalchik—a priest at Resurrection Parish in the Avondale neighborhood of Chicago—not to burn the flag, but Kalchik said he ignored the cardinal’s warning and performed a closed-door “exorcism ceremony” where he burned the flag with seven parishioners in a fire pit.

The flag had been featured behind the church’s altar in the past, but parishioners said it had not been displayed for years. The 56-year-old priest announced in a church bulletin released September 2 that he planned to torch the flag after discovering it in storage.

News of the flag-burning spread, prompting LGBTQ activists to stage protests outside the church on Wednesday, calling Kalchik’s actions a “hate crime.”

The North Side priest said he performed the ceremony because he felt the Chicago archdiocese was not adequately handling the sex abuse scandals or addressing the issue of homosexuality in the church.

Cupich, who has been responsible for softening the church’s stance against homosexuality within the Archdiocese of Chicago, has ties to the heart of the sex abuse scandals within the church.

Former Cardinal Theodore McCarrick–who submitted his resignation to Pope Francis in July over accusations that he sexually abused priests, seminarians, and minors—was in charge of influencing Pope Francis’ decision to appoint Cupich as a cardinal, the former Vatican ambassador to the U.S. Archbishop Carlo Viganò said in an 11-page affidavit.

The affidavit accused the pope of reinstating McCarrick despite knowing about his history of sexual abuse and lifting “canonical sanctions” Pope Benedict imposed on McCarrick between 2009 and 2010.

“The appointments of Blase Cupich to Chicago and Joseph W. Tobin to Newark were orchestrated by McCarrick, Maradiaga, and Wuerl, united by a wicked pact of abuses by the first, and at least a coverup of abuses by the other two,” Viganò said.

Kalchik, who has served as Resurrection’s pastor since 2007, has spoken out against the sexual abuse scandal in recent months because of his personal experience of being molested as a priest at the age of 19.

“I can’t sit well with people like Cardinal Cupich, who minimizes all of this,” Kalchik said. “Excuse me, but almost all of the [abuse] cases are, with respect to priests, bishops and whatnot, taking and using other young men sexually. It’s definitely a gay thing.”