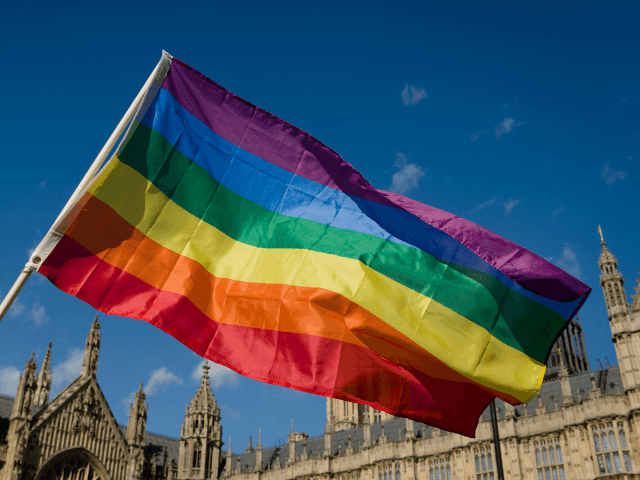 A Catholic priest in Chicago says he burned a rainbow LGBTQ flag in a private “exorcism ceremony,” calling the flag a piece of “propaganda.”

The North Side priest, Rev. Paul Kalchik also said Chicago Cardinal Blase Cupich (pronounced Blaze Soo-pich) warned him against burning the LGBTQ flag. Rev. Kalchik, though, said he ignored the cardinal’s warning because the reaction to the sexual abuse scandals coming from the archdiocese does not “sit well” with him, the Chicago Sun-Times reported.

Kalchik, who led the Resurrection Catholic Church since 2007, said that the Bible is clear that homosexuality is wrong and noted that he opposes the cardinal’s attempts to downplay the sex abuse scandals still ripping through the Catholic Church.

The reverend said he found the flag in a storage area at his church and learned that the rainbow-striped flag featuring a large Christian cross superimposed across it had been a featured item at the pulpit in the past. But parishioners say it has not been displayed for years.

Kalchik ignored the warnings, and last Friday, he reportedly led seven parishioners in a prayer of exorcism where the flag was burned in a fire pit placed in the schoolyard.

“That banner and what it stood for doesn’t belong to the Archdiocese or Cardinal Cupich. It belongs to the people of this parish who paid for it,” Kalchik told the Times. “What have we done wrong other than destroy a piece of propaganda that was used to put out a message other than what the church is about?”

Cupich has been at the forefront of softening the tone against homosexuality in Chicago’s Catholic Churches. But the archdiocese told the media it was unaware of Kalchik’s flag exorcism.

Kalchik added that he was preceded by three “bad priests” at his church who he claims were “promoting the gay lifestyle.”

He also said that when he took over the church, he discovered vestments, candles, and other religious regalia emblazoned with the LGBTQ rainbow colors, but he destroyed them all.

“The people of this parish have been pretty resilient and put up with a lot of B.S.” Kalchik told the paper. “And it was just by accident that this banner that was made to celebrate all things gay … did not get destroyed when I first got here.”

Finally, Rev. Kalchik says that he fully understands the sex abuse crisis in the church because he was molested by a fellow priest when he was starting his work for the church as a 19-year-old.

“I can’t sit well with people like Cardinal Cupich, who minimizes all of this,” Kalchik said. “Excuse me, but almost all of the [abuse] cases are, with respect to priests, bishops and whatnot, taking and using other young men sexually. It’s definitely a gay thing.”