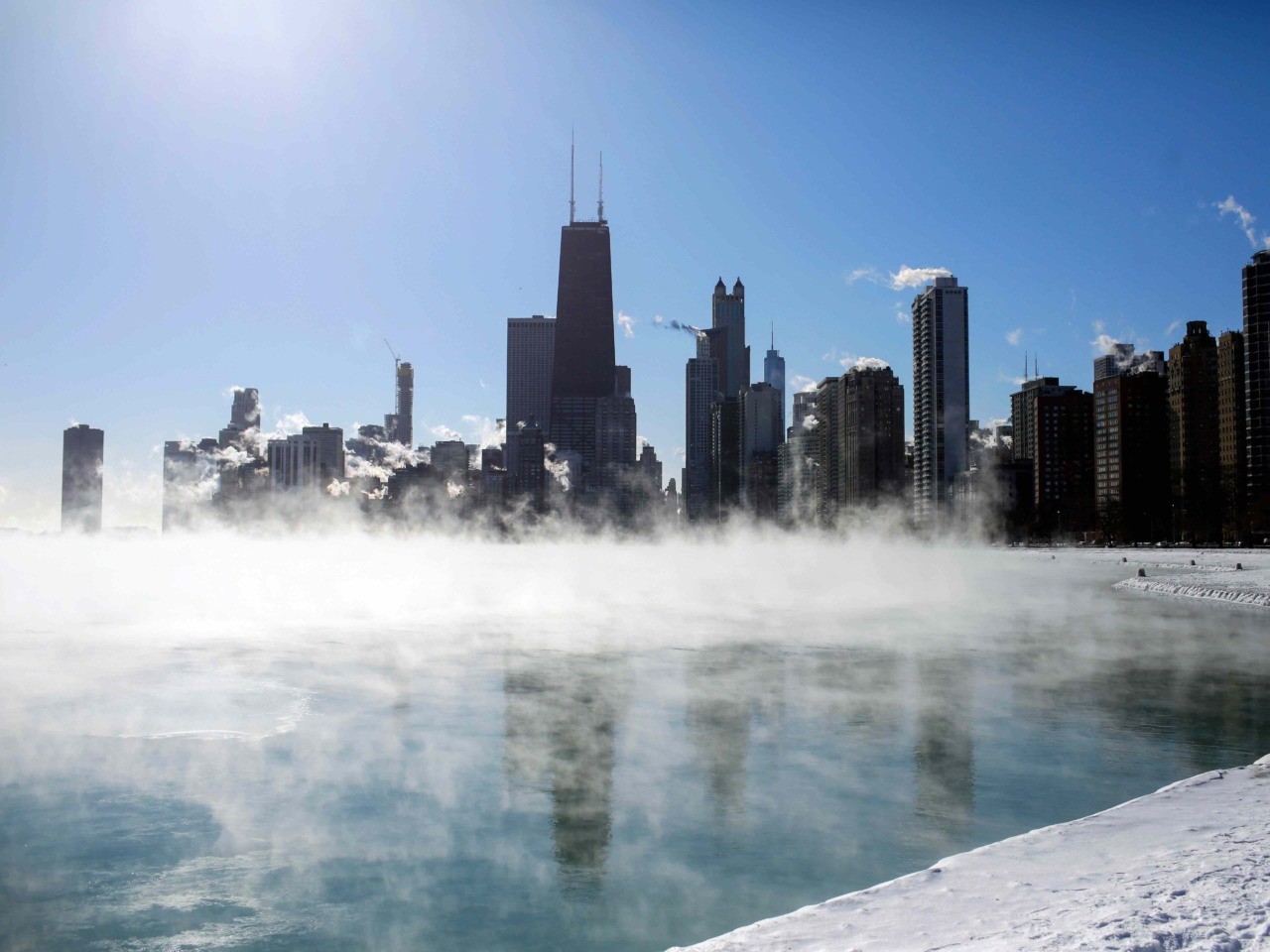 Chicago-area residents amused themselves in the midst of near-record-cold on Wednesday by taking boiling water outside, throwing it into the air, watching it freeze before it hit the ground, then sharing the video on social media.

Temperatures were so cold on Wednesday morning that Chicago residents observed steam rising from Lake Michigan — since the air was so much colder than the water — forming clouds of steam along the lakefront.

The wind chill was reported to be -49º F at O’Hare International Airport on Wednesday morning — roughly 100 degrees colder than the effective temperature in San Francisco, California, which was in the low 50s.

Temperatures were similarly low across the upper Midwest, and are expected to warm again, relatively speaking, by the weekend, when Chicago will heat up past the freezing mark.