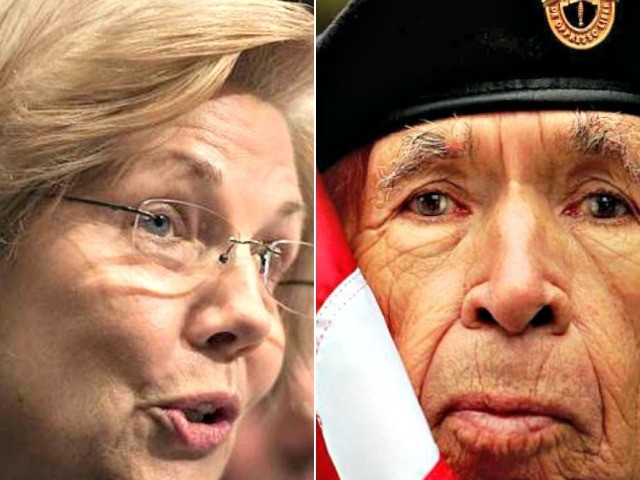 On Monday, Warren released her DNA test results to the far-left Boston Globe’s Annie Linskey, who has already had to issue two humiliating corrections. Hoping to spin the results in the best way possible, Linskey botched the math on the DNA findings, naturally, in Warren’s favor.

The truth is that even if you believe the results, Warren might have anywhere from 1/64 to 1/1024 Native heritage, which means she has as much Native heritage as the average white American, which means her claim to be a Cherokee has been debunked by her own DNA test.

The Cherokee Nation is having none of it. In a blistering statement, Cherokee Nation Secretary of State Chuck Hoskin, Jr. writes, “A DNA test is useless to determine tribal citizenship. Current DNA tests do not even distinguish whether a person’s ancestors were indigenous to North or South America.”

This is an important fact and especially true of Warren’s DNA test, which did not include any American Indian DNA whatsoever to compare her results with.

Buried in the Boston Globe story is this bombshell: “To make up for the dearth of Native American DNA, Bustamante used samples from Mexico, Peru, and Colombia to stand in for Native American.”

In other words, all Warren’s DNA test really proves is that she might be 1/64 to 1/1024 Mexican, Peruvian, or Colombian.

What’s more, while some tribes are willing to accept 1/16 ancestry, they are not willing to do so through unreliable DNA tests. What they want to see is actual genealogy, and the truth is that Warren has no documentation to prove that her family has ever had an American Indian in her family. Warren points to her great-great-great grandmother, O.C. Sarah Smith, as part Cherokee, but all the documentation of the time lists her as “white.”

Hoskin continues: “Sovereign tribal nations set their own legal requirements for citizenship, and while DNA tests can be used to determine lineage, such as paternity to an individual, it is not evidence for tribal affiliation.”

The Nation is especially angry over Warren using an “inappropriate” DNA test to “claim any connection to the Cherokee Nation or any tribal nation.”

Doing so is “inappropriate and wrong,” he writes adding, “It makes a mockery out of DNA tests and its legitimate uses while also dishonoring legitimate tribal governments and their citizens, who ancestors are well documented and whose heritage is prove.”

Hoskin closes with, “Senator Warren is undermining tribal interests with her continued claims of tribal heritage.”

Thus far, every element of Warren’s claim to be part American Indian has been debunked. She continues to stand by her story about her mother and father being forced to elope due to discrimination against her mother’s Indian heritage. The only problem with that claim is that contemporaneous news reports and documents, including a wedding license, appear to show that her parents had a church wedding in 1932 — which would mean there was no dramatic elopement.

Between 1987 and 1995, Warren identified herself as “Native American” while she was teaching law at the University of Pennsylvania Law School and Harvard.

The DNA test proves she had no basis to make such a claim.

In fact, her DNA test proves Warren is every bit as European as the average white American.

Warren was goaded by President Trump into taking the DNA test. The president frequently mocks her false claim to Indian ancestry. Upon the release of the results Monday morning, both Warren and the Boston Globe were trying to claim she had been vindicated. Warren and her media allies are obviously hoping to neutralize this issue as she considers challenging Trump for the presidency in 2020.

Unfortunately for Warren, though, two massive corrections and one press release from the Cherokee Nation later, it would appear as though she is not only further exposed on this issue, but her bungling of the rollout will have many questioning if she has the judgment and poise to take on a presidential campaign.