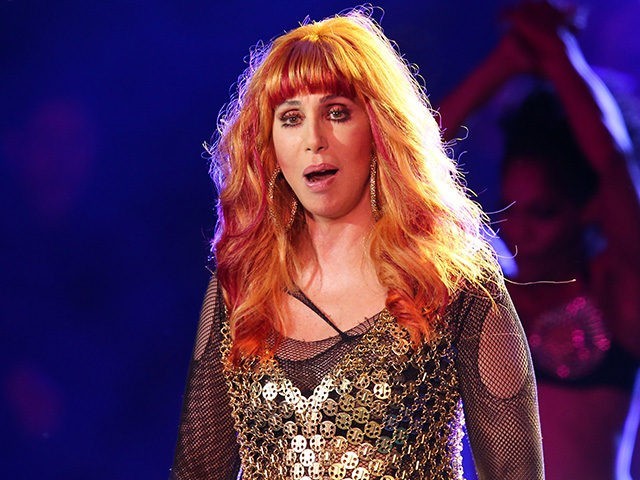 Scores of Hollywood celebrities, including Cher, freaked out over the victory of Jair Bolsonaro in Brazil’s presidential election on Sunday, a conservative firebrand who has pledged to upend the country’s powerful left-wing political establishment.

On Sunday evening, Bolsonaro achieved an expected victory over his socialist opponent Fernando Haddad with around 55 percent of the vote, to the dismay of socialists not just in Brazil but around the world.

The 63-year-old former army captain is known for his pro-freedom proposals on just about every issue, such as a severe crackdown on corruption and crime, reducing government spending, promoting Christian and socially conservative values such as maintaining Brazil’s abortion laws, and strengthening relations with the United States.

On Monday, President Trump announced that he had had a “very good conversation” with Bolsonaro, pledging that the two nations would continue to “will work closely together on Trade, Military and everything else!”

However, many in Hollywood were livid. In a typically bizarre series of tweets, pop icon Cher described Bolsonaro as a “pig” and “a politician from hell,” before declaring that he should be “locked in prison for the rest of his life.”

1.BOLSONARO IS A PIG,WHO SHOULD BE LOCKED IN PRISON FOR THE REST OF HIS LIFE‼️

You heard the lady. Brazil’s trump…

Bolsonaro, who has been compared to US President Donald Trump told a congresswoman that she did not deserve to be raped because she was “very ugly,” He’d prefer to see his son “die in an accident” than a member of his family be homosexual. https://t.co/AHxjbtCFwE

Actor George Takei warned that Bolsonaro’s victory was a sign of living in “perilous times” and that people must work together to stop the oncoming “dark tide.”

Brazil now joins the ranks of Russia, The Philippines, and America, where a democratically elected president wields power through fear, calls to violence, and the dismantling of democratic safeguards. We live in perilous times. We must each of us work to stop this dark tide.

Josh Groban appeared to have a lost for words.

Singer Amanda Palmer posted a photo of “Hugs to Brazil,” before urging people to let Brazilians know of the “severity” and “insanity” of their situation.

all my artist friends, all my musicians, all my feminists, all my fellow twitterers with large followings: let everybody in brazil know that we see & acknowledge the severity and insanity of what is happening down there. all for one, one for all. we are gonna get through this. pic.twitter.com/UmMJWs4X01

Will & Grace star Eric McCormack sent his love and condolences to a distraught follower.

It’s a nightmare, bruu. Sending love to you and your friends in Brazil. https://t.co/PPMYj3hAGa

Actress Mia Farrow warned of Brazil’s decision to “join the ranks of the far right populists” by electing Bolsonaro.

Bolsonaro will be sworn into office as the 38th President of Brazil on January 1st, 2019.