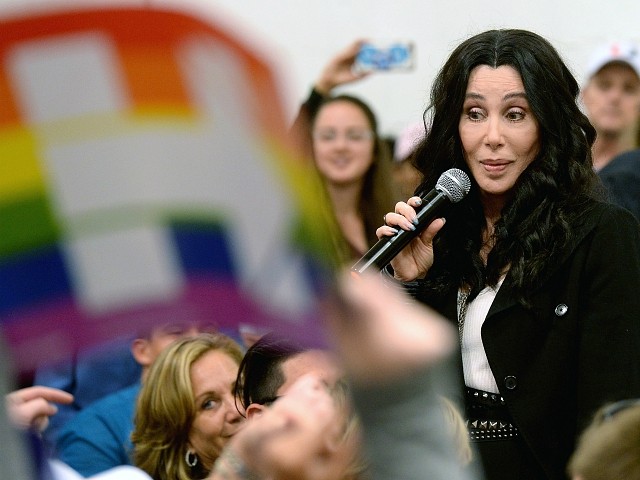 “I know Joe Biden and I know him to be a really great man,” Cher said during a recent media appearance.

“I would love to see [Biden] with someone young,” said Cher, who campaigned for Hillary Clinton in 2016 and help host a fundraiser for the failed presidential candidate. The 72-year-old also said that she supported Rep. Eric Swalwell or Sen. Kamala Harris to be his running mate.

The Half-Breed singer isn’t the only fan of Joe Biden. An October poll indicated that many Democrats are hyped about his chances, with 33 percent of those polled saying that he was their top choice.

However, Biden’s chances may be hurt by his establishment record as the Democratic field is being flooded with new voices, from Michael Avenatti to Kamala Harris.

Cher’s hatred for the current president often takes on vitriolic tones. Last month, she said that Trump was a “LIAR, WHITE NATIONALIST, RACIST,TRAITOR,WHO’D HAVE PHOTO OP WITH HITLER,IF HE THOUGHT IT WOULD RALLY HIS BASE.”

TOOK PIC WITH SWEET DACA/DREAMER,HAPPY 2 SEE ME B4 trump KICKES HIM OUT OF🇺🇸. 🇺🇸IS ONLY HOME HE KNOWS. WE HUGGED I 😥.HOPE THERES SPECIAL🔥HELL🔥4 LIAR, WHITE NATIONALIST, RACIST,TRAITOR,WHO’D HAVE PHOTO OP WITH HITLER,IF HE THOUGHT IT WOULD RALLY HIS BASE

She also lamented Trump’s America in an interview last month, saying, “The more we get mixed, the more we are tolerant. Eventually, it’s going to be great.”

“But I don’t know if I’ll see it in my lifetime, because Trump has done so much damage and I’m not sure people really understand how deep the damage goes.”