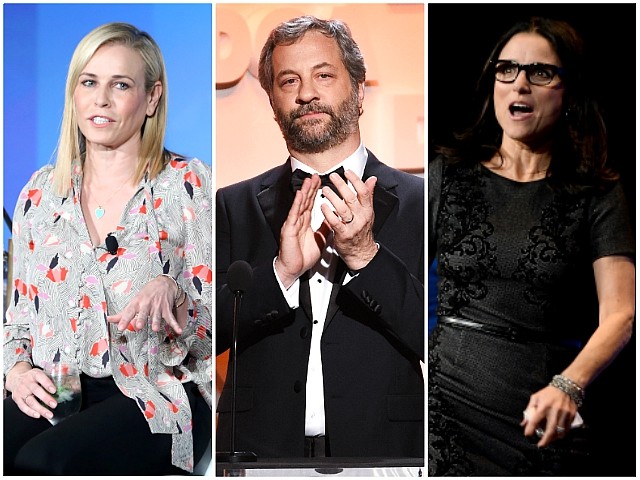 A throng of Hollywood and TV stars are set to help host the “Telethon for America” aimed at urging Americans to register to vote.

The show will be televised live on the day before Election Day on Youtube, Facebook Live, and Comedy Central Online on November 5 from 6 to 8 PM, according to The Hollywood Reporter.

The Monday extravaganza created by comedian Ben Gleib, who will produce, will be comprised of comedy skits, music, and pre-taped segments from the list of stars involved all meant to urge voters to be sure and vote on Tuesday, Nov. 6.

The show is co-sponsored by When We All Vote, Michelle Obama’s get out the vote campaign. The radical gay activist group GLAAD is also a sponsor as is Lyft, Youtube, ICM Partners and others.

The effort comes amid a slew of get-out-the-vote efforts from some of the same Hollywood stars that have repeatedly slammed President Donald Trump and his supporters.