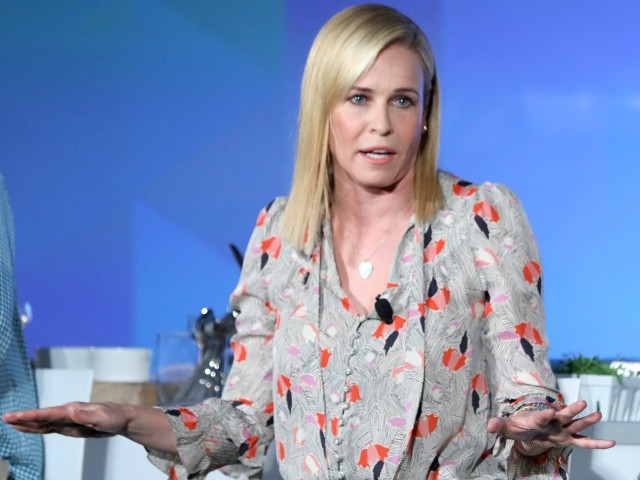 Comedienne and former Netflix talk show host Chelsea Handler is on the attack once again, this time hinting that South Carolina Republican Senator Lindsey Graham is a closeted gay man.

In an effort to celebrate “National Coming Out Day,” Handler thought it would be a good idea to gay bash the southern Senator writing, “If you’re wondering why Republicans took a sick day today, it’s probably because it’s #NationalComingOutDay. Looking at you @LindseyGrahamSC.”

If you’re wondering why Republicans took a sick day today, it’s probably because it’s #NationalComingOutDay. Looking at you @LindseyGrahamSC

Handler’s hateful attack on Sen. Graham’s sexuality is far from the first time a member of the left-wing Hollywood elite has targeted the South Carolinian.

During the Brett Kavanaugh confirmation fight, a long list of “celebrities” jumped to Twitter to accuse the Senator of being gay.

Actress and left-wing activist Rosie O’Donnell, for one, deployed her stylish grasp of the English language by screeching, “fuck u u closeted idiot – this is the patriarchy exposed – this is reality deal with it,” in a September 26 tweet.

In another tweet, O’Donnell attacked Graham asking if he had been raped before.

HBO talk show host Bill Maher also attacked Graham by claiming he needed the “stabilizing influence of his dead boyfriend” in the form of the recently deceased Sen. John McCain.