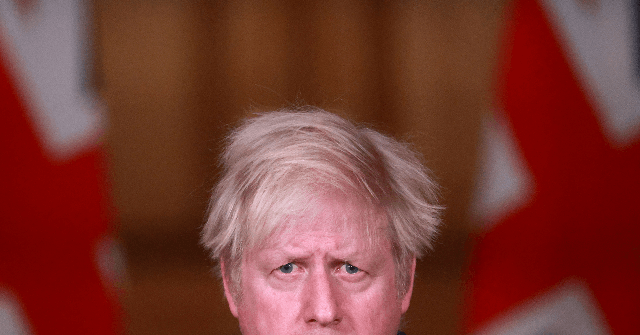 The Conservative government is reportedly considering a time limit of less than a year in possible vaccine passport plans to stop a revolt in parliament, signalling the UK is edging closer to bringing in the measures.

In February, Prime Minister Boris Johnson announced that Cabinet Office Minister Michael Gove would be leading a review into immunity certification, commonly referred to as vaccine passports, for domestic use.

While the review will not be completed until June, Mr Johnson is set to decide on a “high-level direction of travel” on Monday, with the prime minister reportedly planning to authorise the development of a “vaccine certification” system, according to The Times.

Some 73 MPs from the Conservative, Labour, and Liberal Democrat parties have criticised such measures as “divisive and discriminatory”. Government sources speaking to the Daily Mail on Saturday have said that to stop a Tory revolt, the Johnson administration would propose limiting the system to less than one year.

“It will be time-limited and I think the duration of the scheme will be measured in months,” the Whitehall source told the newspaper.

“The party will not wear any longer,” the source added.

Sources speaking to The Times said that ministers were also “resigned” to the fact the government was allegedly powerless to stop private businesses or employers from demanding certification.

Some 41 Conservative MPs are said to be amongst those set to rebel against the proposals, including the chairman of the influential backbench 1922 Committee, Sir Graham Brady.

Steve Baker, of the 70-strong lockdown sceptic Covid Recovery Group (CRG) of Tory MPs, said he did not believe any short-term measures would truly be temporary.

Mr Barker said that “MPs and the public shouldn’t kid themselves. The state has always wanted ID cards, so this scheme would be about as temporary as income tax – in other words, permanent.”

Conservative MP Andrew Bridgen added: “Who would have thought the British public would ever have to show their papers to go to the pub?

“The whole idea is like something out of North Korea, and I hope that the strength of feeling, not just on the Conservative benches but across Parliament will stop the Government heading off in this direction.”

“It’s dangerous, it’s discriminatory, it’s counter-productive,” she said on BBC Radio 4’s Today programme on Friday, adding: “It’s one thing to have a passport to travel internationally, that is a privilege, even a luxury, but participating in local community life is a fundamental right.”

All of the Liberal Democrats’ 10 MPs are against the measures. While Keir Starmer said that he felt vaccine passports were against “British instinct”, he is yet to come down on a party line on the matter.

Speaking to Breitbart London this week, Chairman of the Bow Group, Ben Harris-Quinney, called vaccine passports “an abomination of liberty”.

“They are unquestionably un-British. The Conservative Party will do themselves irreparable damage in forcing them on the public, who are as usual far more sensible than the government and will reject them wholeheartedly,” Mr Harris-Quinney added.