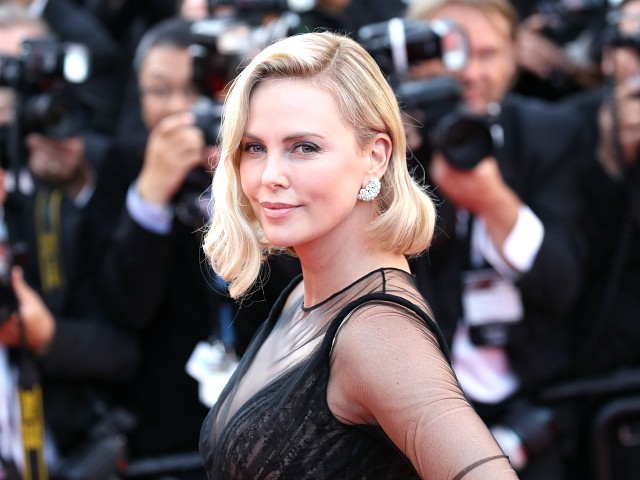 Actress Charlize Theron accused the Trump administration of violating transgender people’s “basic human rights,” amid reports that the Justice Department is planning to discard President Barack Obama’s support of transgender ideology not based on biology.

“Trans people #WontBeErased,” Theron wrote on Twitter. “Now more than ever we need to FIGHT. This administration continues to violate basic human rights and we need to take action. These are some action items to protect trans and [Gender Non-Conforming] people that need our help right now.”

Trans people #WontBeErased. Now more than ever we need to FIGHT. This administration continues to violate basic human rights and we need to take action. These are some action items to protect trans and GNC people that need our help right now: https://t.co/mrxaOtve1F

As Breitbart News reported, the Trump administration is considering narrowing the definition of gender to a biological, immutable condition determined by genitalia at birth, rolling back a series of changes imposed under the Obama administration that allowed people to define their own gender.

The hashtag #WontBeErased was used by politicians, celebrities, and LGBT rights groups on Monday to express their anger with the move, with many claiming that it represented a fundamental breach of their human rights.

It is not the first time that the Trump administration has angered the increasingly powerful transgender lobby. Last July, he announced that transgender people would no longer be allowed to serve in the U.S. military due to the “tremendous medical cost and disruption.”

Theron, meanwhile, is a known critic of the Trump administration and modern America itself. Earlier this year, she revealed she is considering leaving the United States because of a supposed increase in racism under the Trump presidency.

“I don’t even know how to talk about the last year under our new administration,” Theron said in an interview for Elle conducted by the far-left comedian Chelsea Handler. “But racism is much more alive and well than people thought. We can’t deny it anymore. We have to be vocal.”
Follow Ben Kew on Facebook, Twitter at @ben_kew, or email him at bkew@breitbart.com.