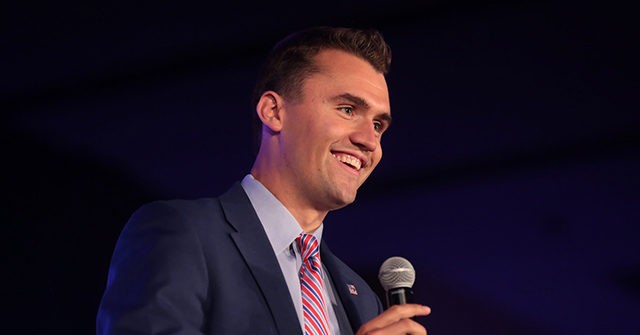 Turning Point USA founder Charlie Kirk and Liberty University president Jerry Falwell Jr. have announced that they are launching a think tank called the Falkirk Center for Faith and Liberty. Kirk said that the new center will “proclaim the truth of Jesus Christ, as articulated in the gospel, and the intersection of the gospel with American founding freedoms and founding liberty.”

The new initiative will be housed at Liberty University in Lynchburg, Virginia, according to One America News (OAN), which interviewed Kirk and Falwell about their new project.

“This center, will, first and foremost, proclaim the truth of Jesus Christ, as articulated in the gospel, and the intersection of the gospel with American founding freedoms and founding liberty,” said Kirk. “Far too often, Christians do not receive and hear that message, especially in churches, and in the schools in particular.”

“We make the argument that American founding freedom and natural rights are harmonic with the freedoms that we find in the gospel,” added Kirk, “and Christians must learn how to adequately defend and fight for these freedoms in this now very important cultural battle that we’re in.”

Falwell noted that an employee at Liberty University came up with the name “Falkirk,” which is a playful double entendre inspired by both the Scottish battle for independence — the Battle of Falkirk — and the two last names of the institution’s founders, Falwell and Kirk.

“As Alex de Tocqueville said when he visited here in the 1700’s — ‘America is great because America is good. If America ever cease to be good, it will cease to be great,’” said Falwell, noting that the public school system teaches American history as a series of “sinister” events that have taken place — which the university president says is “the opposite of what happened.”

Kirk added that the launch of the Falkirk center “is doing what the public education system should have done, which is answering the important questions of — what does the bible instruct Christians to do in this civic arena.”

“The church is a voluntary organization of citizens who are making the difference in their society,” said Falwell, “and that’s something that authoritarian governments cannot stand — that’s a big threat to them, and so, we think we have to do what we can to defend our basic rights from the government.”