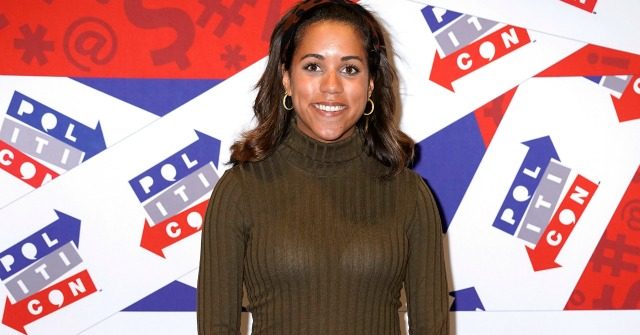 Another witch has been publicly burned at the stake in the town square.

The crazed, lusty mob is satisfied. For now.

An Internet “journalist” named Alexi McCammond is this week’s burnt offering. She had just been hired as editor of Teen Vogue magazine.

Triggered by her success, the mob went after her for being “racist” and “homophobic.” Her crime? Twitter messages she wrote as a college freshman over a decade ago. Now she is out of her big, new job.

No word on whether Ms. McCammond will return to her old job covering President Biden for a Washington website called “Axios,” which is a tip sheet developed to help political hacks “sound smart” while talking to other political hacks at dull parties in Washington.

On second thought, perhaps being burned at the stake was a step up for Ms. McCammond.

Anyway, “burned at the stake” is an imprecise description as it suggests Ms. McCammond is, in fact, some kind of racist witch. In truth, there is no evidence she is an actual witch, rather than merely a former idiot young person in college who typed stupid, idiotic messages on social media.

In other words, there is not a human alive in America today who won’t eventually be next. Once the Woke torch mob runs out of other “witches,” they will be coming for you.

Ms. McCammond is particularly unlucky because her visit to the town square happened to coincide with a major campaign by the deranged mob to pit the world against “Asian-Americans.” (You see, the mob likes their hyphens because otherwise, everyone would just be “Americans” and then the mob would have nothing to talk about and no way to advance their segregationist worldview.)

Talking about “Asian-Americans” these days is all the rage with the mob because — for some strange reason — they are desperate to conjure up a war between non-Asian-Americans and Asian-Americans over the fact that the COVID-19 plague, which has killed millions around the world, originated in China.

These people are so profoundly racist that they are unable to distinguish between the lying, corrupt, and evil Chinese Communist Party and “Asian-Americans,” who are our neighbors and fellow countrymen and have absolutely nothing to do with China’s Communist government.

But there is, literally, no travesty on Earth these twisted maggots won’t exploit to push their rotten political agenda.

Their latest feast is the horrific murders of eight people at three different massage parlors around Atlanta this week. Since the crimes took place at massage parlors, their demented thinking goes, it all fits neatly into their preconceived fever dreams about some kind of war on “Asian-Americans.”

Gingerly — and with great respect — the law enforcement officials explained that, in fact, there is no evidence whatsoever to support their racist conspiracy theories. Instead, they patiently explained, the suspect claimed he was motivated by a “sexual addiction.” He told authorities he had targeted massage parlors that his inner demons found otherwise impossible to resist.

This fact did little to dampen the mob’s enthusiasm for their imagined war on Asian-Americans. But it does feed another one of their favorite conspiracy theories: Crazed gunmen inspired to violence by Christianity.

As you read this, they are digging through his social media history.

• Charles Hurt is opinion editor. He may be reached at churt@washingtontimes.com.