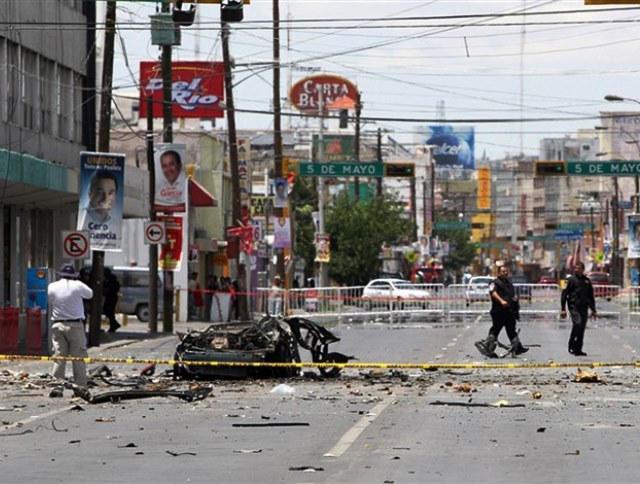 The U.S. Department of State updated travel advisories warning tourists about increases in crime and violence in certain Mexican states that have reached the same security designation as the Afghanistan war zone.

“Violent crime, such as homicide, kidnapping, carjacking, and robbery, is widespread,” the State Department warned in their advisory.

In the updated travel advisory, consular officials asked tourists to not travel to the states of Colima, Guerrero, Michoacan, Sinaloa, and Tamaulipas due to “crime.” The State Department designated the country of Mexico overall as a level 2 security risk where travelers are asked to exercise increased caution. However, each of the states where tourist are asked to not travel to have been labeled with the number 4 or highest level on their system for identifying risks. Consular officials claim that in those states “federal and state security forces have limited capability to respond to violence.”

The security level ranking used to describe those states in Mexico is the same level –level 4– that has been used for Iran, Afghanistan, Syria, and other countries currently considered war zones. As reported by Breitbart News, in 2018, the Department of State began using a system for labeling country risks from 1-4 but at the time stopped using the word “cartels” to describe the criminal organizations that control vast parts of Mexico.

The 5 most violent states described by the State Department are states with significant areas under control of drug cartels. Consular officials claim that in those states “violent crime, such as murder, armed robbery, carjacking, kidnapping, extortion, and sexual assault, is common. Gang activity, including gun battles and blockades, is widespread. Armed criminal groups target public and private passenger buses as well as private automobiles traveling … often taking passengers hostage and demanding ransom payments.”

The newest advisory is an update and extension of a travel advisory that has been in place for several years warning tourists about the security condition in Mexico. While the consular notice is only an advisory for tourists, U.S. government employees are issued travel restrictions and ordered to avoid certain places.

“J.A. Espinoza” from the Cartel Chronicles project contributed to this report.