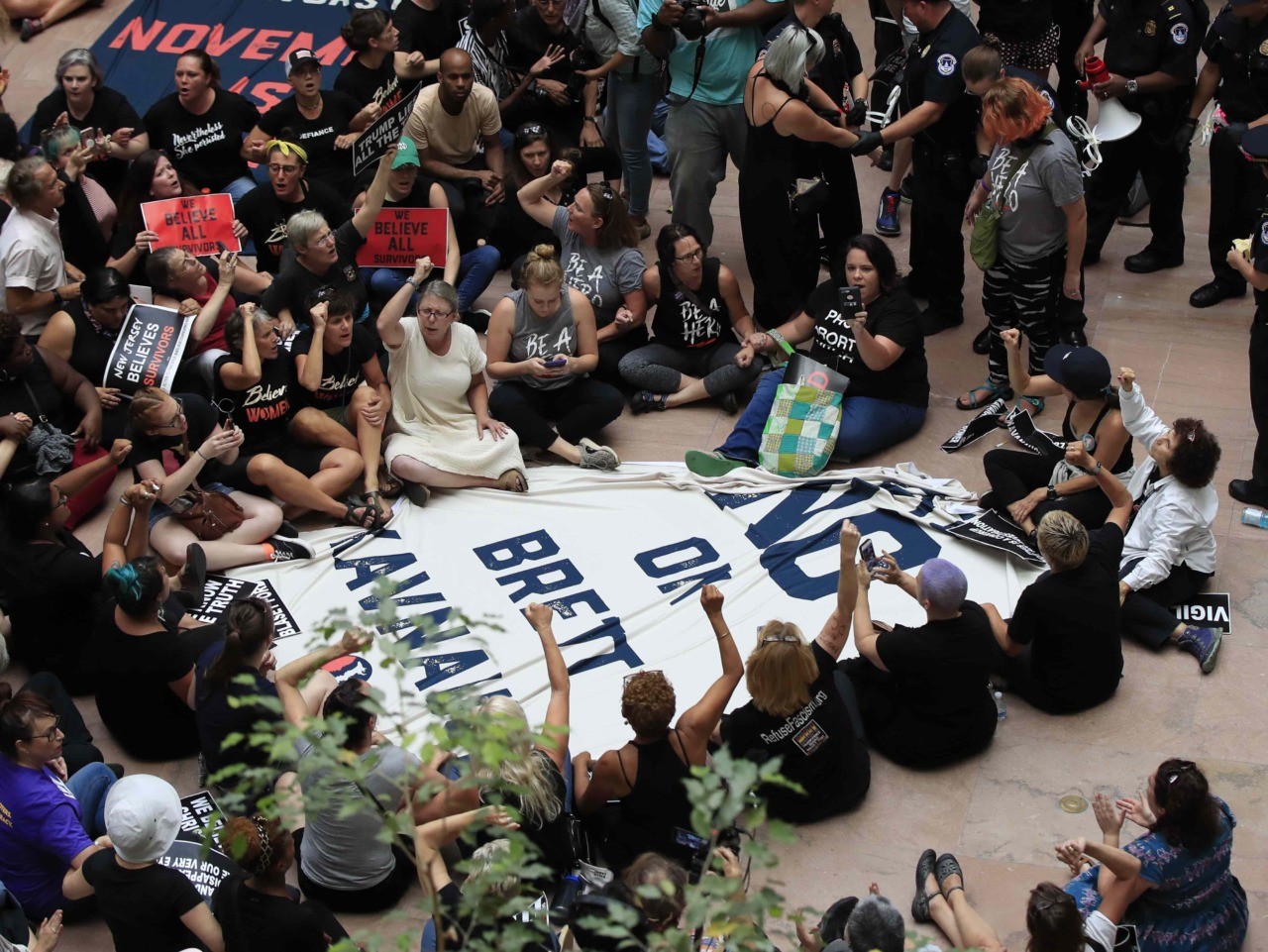 League of Women Voters CEO Virginia Kase was arrested Thursday at the U.S. Capitol for participating in an illegal anti-Brett Kavanaugh protest, along with hundreds of left-wing activists.

The League of Women Voters calls itself a “nonpartisan” organization, and is responsible for hosting hundreds of candidate forums in political races across the country this fall (and in every other election).

Far from downplaying Kase’s arrest, however, the League of Women Voters is celebrating it — though there are women on both sides of the issue of Kavanaugh’s confirmation to the Supreme Court.

Judge Kavanaugh’s rhetoric renders him unqualified to sit on our nation’s highest court. The League urges the Senate to vote NO! #CancelKavanaugh https://t.co/43cJnQPylq

“Opposing a Supreme Court nominee was an extraordinary step for the League, and our leadership believed that we needed to back those words with action. This situation is too important to sit silently while the independence of our judiciary is threatened,” said Kase, who was hired as CEO in July. “I may be new to the League, but this organization was founded by the women who fought for women’s suffrage. They marched in the streets, disrupted the status quo, and, yes, faced arrest and punishment to advance their cause. We honor their legacy by participating in our democracy through this civil disobedience.”

Last week the board of directors took bold steps for the organization in calling for a complete FBI investigation into all allegations of sexual misconduct and Thursday they went a step farther in officially urging the Senate to reject Judge Kavanaugh’s nomination.

“The process of the Kavanaugh hearings is unlike anything we have seen in the League’s 98 years,” said Chris Carson, president of the League. “This nominee has demonstrated that he does not possess fair and unbiased judicial temperament. I am proud of Virginia and our members across the country who are standing with her.”

On Thursday the League went a step farther by participating in the protests.

“I want to take the fear out of activism,” said Kase. “This is our Capitol. These are our Senators. This is our government. It is an honor to participate in our democracy and to live our mission: Empowering Voters. Defending democracy.”

“This is a critical moment for American women,” said Carson. “With midterms a few weeks away, this is the right time and the right moment to take a stand. Women’s voices will be heard all across the country and they will be the deciding factor in 2018.”

A Harvard/Harris poll released earlier this week showed that 31% of women who are registered to vote want to see Kavanaugh confirmed. 44% of female registered voters oppose his confirmation, and 24% are undecided.