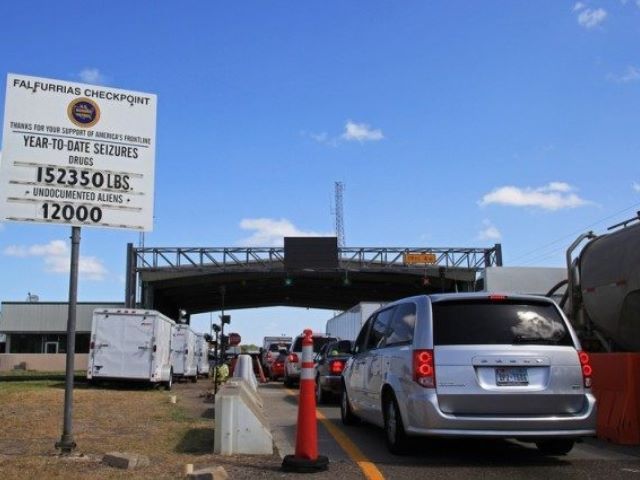 Rio Grande Valley Sector Border Patrol agents intercepted a group of Central American migrants and nearly $400,000 in drugs at an immigration checkpoint about 80 miles from the Texas-Mexico border.

Agents assigned to the Falfurrias Border Patrol Checkpoint located in Brooks County, Texas, observed a box truck approaching for inspection on Monday morning. A K-9 agent alerted to the possible presence of drugs or human cargo in the back of the truck. The agents referred the driver to a secondary inspection station, according to information provided to Breitbart News by Rio Grande Valley Sector Border Patrol officials.

A search of the truck’s cargo area revealed 17 migrants who were being smuggled through the checkpoint. The agents conducted an immigration interview and learned the migrants came to the U.S. from the countries of the Dominican Republic, El Salvador, Guatemala, Honduras, and Mexico.

Agents provided basic medical attention to the migrants and then transported them to the station for processing. The agents arrested the driver who is expected to face human smuggling charges in the Southern District of Texas.

Later that day, Falfurrias Checkpoint agents observed a Mercedes Benz approaching for inspection. The agents referred the driver to a secondary inspection station.

The agents carried out a search of the vehicle and discovered five bundles of cocaine and two bundles of heroin, officials stated.

The agents arrested the driver who is also expected to face drug trafficking charges in the Southern District of Texas.