A throng of white Hollywood celebrities, including actors Aaron Paul, Bryce Dallas Howard, Debra Messing, Kristen Bell, Julianne Moore, Justin Theroux, and Stanley Tucci, star in the “I Take Responsibility” PSA, in which the artists, famous for the work on stage and on screen, apologize for their own racism, “every unchecked moment,” and “Every not so funny joke.”

Here’s a transcript that the celebrities, looking into the camera, recite in the two-minute PSA:

The campaign was created by Confluential Content founder and CEO Tommy Oliver and entrepreneur Adam Platzner and was launched in partnership with the NAACP.

NAACP president and CEO Derrick Johnson released a statement coinciding with the release of the PSA. “In order for us as a nation to get to a better place, we’re going to have to adjust how we see each other and engage in open and honest conversations that might be painful at times.

“The fight for civil rights, and human rights have always required a diverse coalition of partners and allies,” Johnson said. “It is powerful when white people can speak openly about the individual and structural racism and privilege that deny others their full rights. We need everyone to join us on the frontline in the fight for justice and equality.”

The I Take Responsibility website includes a “take the pledge” tab, which leads users to a separate page where they’re asked to “take responsibility for” everything from “denying white privilege exists” to “saying I don’t see color.” 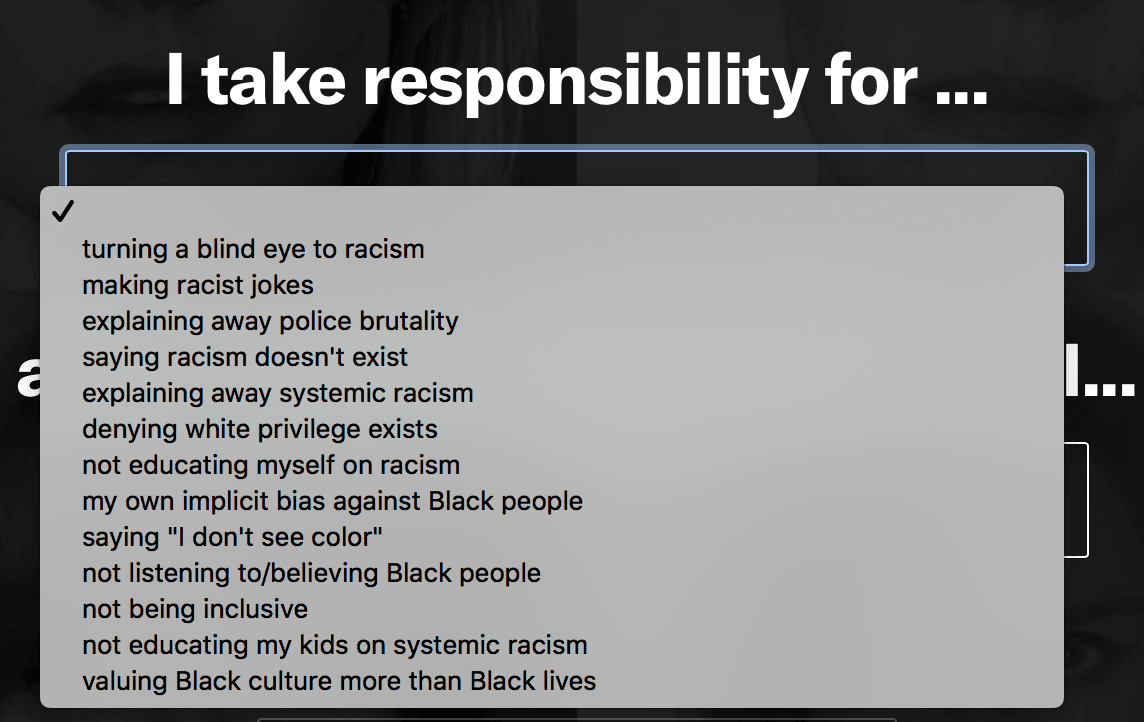 The itakeresponsiblity.org website also includes a section where readers are asked to mobilize voting efforts and support social justice organizations. 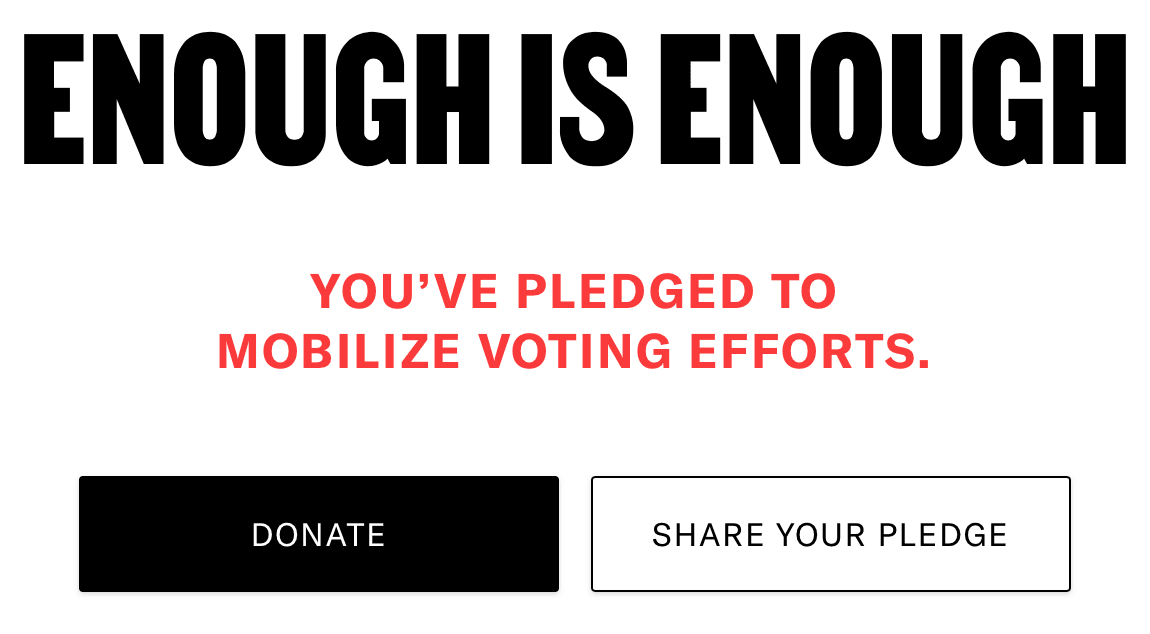 The celebrity-studded PSA is the latest move in an ongoing effort, from media outlets to tech giants and various corporations across industry, to promote and financially bolster Black Lives Matter and other social justice organizations in the wake of the police involved death of Minneapolis man George Floyd.