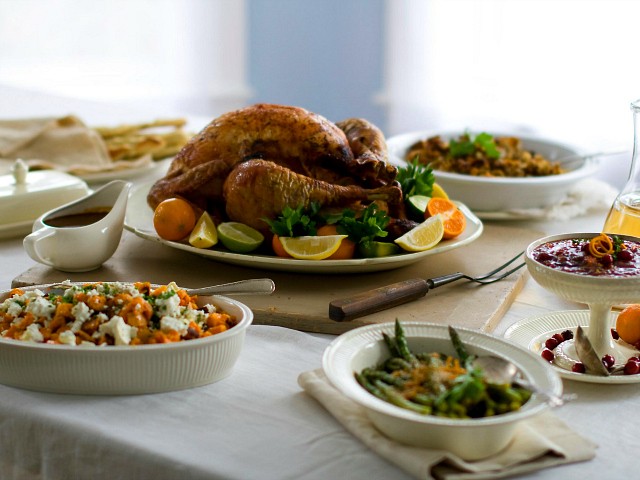 The Centers for Disease Control and Prevention (CDC) is emphasizing safety in preparing this year’s Thanksgiving turkey in the wake of a salmonella outbreak this month concerning raw turkey products that sickened 164 people in 35 states.

About 63 people have been hospitalized and one death has been reported in California linked to the salmonella outbreak, according to the CDC.

“The outbreak strain has been identified in samples taken from raw turkey pet food, raw turkey products, and live turkeys,” the CDC reported.

On November 15, Jennie-O Turkey Store Sales in Wisconsin recalled more than 90,000 pounds of raw ground turkey, but the CDC notes that a “single, common supplier of raw turkey products or live turkeys has not been identified that could account for the whole outbreak.”

“Food handling errors and inadequate cooking are the most common problems that lead to poultry-associated foodborne disease outbreaks in the United States,” the website states.

Thaw turkeys in the refrigerator in a container, or in a leak-proof plastic bag in a sink of cold water that is changed every 30 minutes. When thawing a turkey in the microwave, follow the microwave oven manufacturer’s instructions. Never thaw your turkey by leaving it out on the counter. A thawing turkey must defrost at a safe temperature. When the turkey is left out at room temperature for more than two hours, its temperature becomes unsafe. Bacteria can grow rapidly in the “danger zone” between 40 degrees F and 140 degrees F.

Raw poultry can contaminate anything it touches with harmful bacteria. Follow the four steps to food safety – cook, clean, chill, and separate – to prevent the spread of bacteria to your food and family.

The CDC also warned that after the feast, bacteria could grow in foods left at room temperature and is the second most common bacterial cause of food poisoning. Leftovers should be stored at 40 degrees Fahrenheit or colder within two hours of serving.

The CDC also recommends cooking stuffing in a casserole dish, but if put inside a bird, it should be done right before the turkey is cooked.