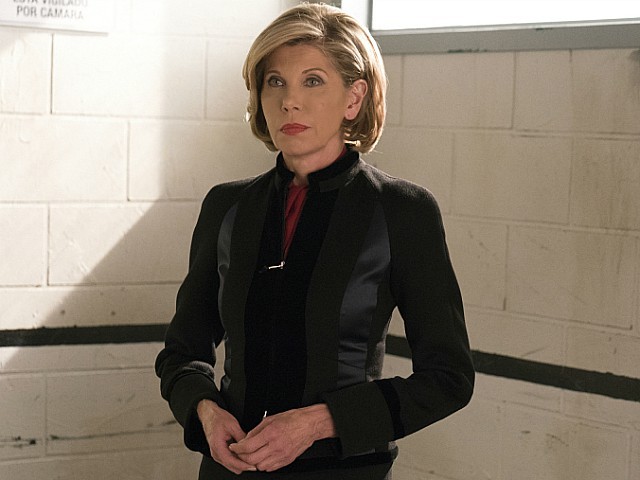 PASADENA, Calif. (AP) — “The Good Fight” will be musical as well as combative in its third season.

Creators Robert and Michelle King said the drama will continue to play off current events and mull the form resistance to the Trump administration takes in the lives of its characters.

There also will be tunes that naturally reflect what’s happening in a scene, Robert King told a TV critics’ meeting Wednesday.

One example: series stars Christine Baranski and Audra McDonald’s characters perform an impromptu version of “Raspberry Beret,” bonding over their love of Prince. In another instance, “The Good Fight” newcomer Michael Sheen sings the Jackson 5 song “I’ll Be There.”

“One of the most terrifying things I’ve done, but I think it’s going to make for historic TV,” Sheen said, drolly.

Stone, charged with lying about his pursuit of Russian-hacked emails damaging to Democrat Hillary Clinton’s 2016 election bid, has pleaded not guilty.

While King said the drama will focus on the precarious state of truth in the present world and how Baranski’s character, Diane, pushes back as “the guardrails are coming off institutions,” he countered the idea that “Good Fight” is a leftist forum.

“We’re not real fans of shows that preach to the choir. Our show’s probably perceived as doing that, but it’s really, a lot of it, a satire of the left,” he said, citing an episode that explores racism among people “who pat themselves on the back for giving to the right causes and are really kind of scumbags themselves.”

One more twist this season involves animated sequences that are used to explain concepts such as “Russian troll farms,” impeachment and the background of real-life figures such as Cohn, Robert King said.

For the record, the casual use of tunes doesn’t indicate a full-on musical episode is in the works. Robert King said he dislikes musicals and dismissed such episodes as “B.S.”

“The Good Fight” begins its new season March 14 on CBS All Access, an on-demand and live streaming service.