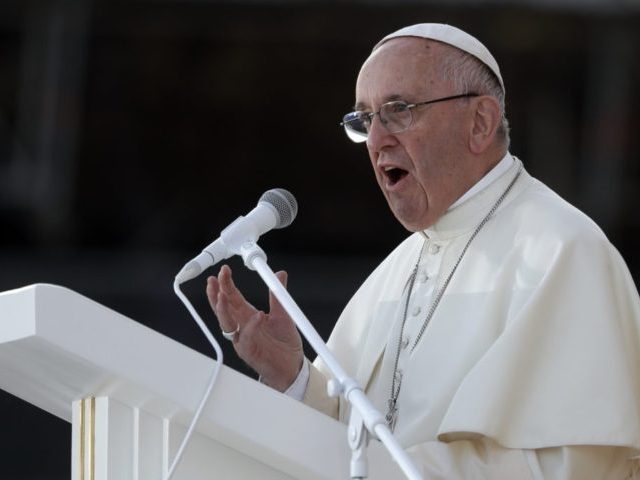 In keeping with the priorities of Pope Francis, World Youth Day 2019 will focus on immigration, the environment, and the role of women in the Church, according to event organizers.

These will be “central themes” at the youth summit to be held next month in Panama, reported Crux, an online Catholic news outlet.

During a press conference in Rome, Panama Archbishop José Domingo Ulloa of Panama said that the topic of immigration will be vital for the event, given the current social and political climate in the Americas. “The sad reality of immigrants,” Ulloa said, “is at the center of the Church,” and has a particular resonance among Latin Americans.

“Young people being forced to emigrate, many suffering at the hands of drug traffickers,” the archbishop said.

The Vatican has been a vocal advocate for the U.N.’s “Global Compact for safe, orderly and regular migration” (GCM), pushing for coordinated governance of international immigration.

In the Vatican’s first intervention in the U.N. conference on migration in Marrakesh, Morocco, Cardinal Pietro Parolin said that implementation of the global compact “will help all Governments, as well as non-governmental entities, including faith-based organizations, collectively to manage migration in a more safe, orderly and regular manner, something no State can achieve alone.”

Archbishop Ulloa said that next month’s youth gathering will also pay special attention to the pope’s encyclical letter on the environment, Laudato Si. In that letter, Francis lamented environmental degradation and urged a coordinated response to climate change, which he called “a global problem with grave implications.”

The Panamanian archbishop said that the question of women in the Church will be another focal point for the upcoming youth meeting, because “one cannot conceive a church, surely the one in Latin America and especially the one in Central America, that is not kept together by women.”

“For us the emphasis will be on the role of women,” he said, adding that the gathering of Catholic youth will be a “great opportunity to bring forward all the good that women have done through history.”

World Youth Day 2019 follows closely on the heels of a month-long meeting of the synod of bishops on the topic of young people, which was held in the Vatican this past October.

More than 47,000 young people from 155 countries have already registered for the event and another 168,000 are still completing the application process. Meanwhile, 37,000 volunteers from all over the world have signed up to help make World Youth Day a reality.

“As a church, as a country, we are preparing to welcome the thousands of young people who will attend,” Ulloa said.

Among the participants, organizers are expecting 243 young persons from China as well as 450 from Cuba. Muslims from Jordan and Palestine will also be among those attending, organizers said.