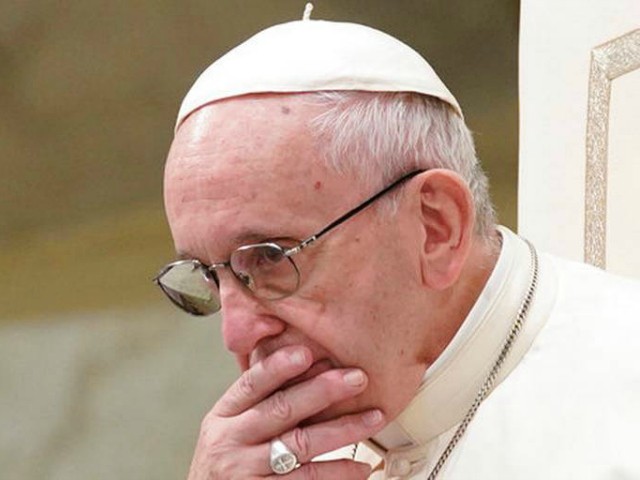 Mary Hasson, director of the Catholic Women’s Forum of the Ethics and Public Policy Center in Washington, DC, said she is “frustrated” with the “lack of action” on the part of the pope.

“The pope’s silence is deafening,” she said, “and I worry that the Cardinals are coming home empty-handed, with no further word on whether the pope will pursue an official investigation.”

Hasson is a lead signer of a letter to Pope Francis that represents the views of nearly 46,000 Catholic women. The women, included among them seminary professors, theologians, evangelists, attorneys, and missionaries, wrote to the pope at the end of August, charging him with providing an “inadequate” response to a report that accused him of ignoring sanctions placed on McCarrick, despite knowing the former cardinal had sexually abused priests, seminarians, and minors.

During a meeting at the Vatican on Thursday, Cardinal Daniel DiNardo, president of the U.S. Conference of Catholic Bishops, was reported to be seeking a commitment from Pope Francis for an apostolic visitation to the United States. The purpose of the visitation would be to investigate McCarrick’s rise to power in spite of the allegations Archbishop Carlo Viganò, the Vatican’s former ambassador to the United States, raised against him.

In August, Viganò released a document in which he linked the church’s sexual abuse crisis as well as ensuing coverups by some bishops to an extensive “homosexual network” within the church.

Pope Francis has doubled down on his claim that both the accusations and the calls for accountability are the work of Satan.

In his report, Viganò charged that, as the papal nuncio to the United States, he personally informed the pope on June 23, 2013, of McCarrick’s abuse; this was three months after the College of Cardinals elected Francis pope – and yet the pope “continued to cover for [McCarrick].”

Viganò wrote that, despite knowing of McCarrick’s abusive history, Pope Francis “did not take into account the sanctions that Pope Benedict had imposed on [McCarrick] and made him his trusted counselor.”

The former ambassador has called upon Pope Francis to resign his office.

Catholic News Service (CNS) also reported last week its receipt of a letter confirming that Vatican officials knew of allegations against McCarrick in 2000.

“We need to know who turned a blind eye to McCarrick’s misconduct, who might have facilitated it, and why the laity were kept in the dark for more than 18 years while McCarrick was celebrated as the face of Church leadership,” Hasson explained, adding:

I’ve been hearing from women from across the country—a diverse group of women—who are united in their desire to hear the truth. The trust between the hierarchy and the laity has been greatly damaged. Only truth, transparency, and a commitment to holiness and spiritual integrity will begin to restore that truth. The Vatican needs to understand that the bishops cannot go back to “business as usual.”

Hasson asserted the pope must not only address the sexual abuse of minors and adults, but also the bishops’ cover-up of such abuse – a significant aspect that was not addressed in the 2002 Dallas Charter that instituted procedures to protect minors from abusive clergy.

“Pope Francis has called for the leading bishops of each country to meet in the Vatican in February 2019 to discuss the protection of minors,” she explained. “The Vatican later clarified that the meeting would also focus on protecting vulnerable adults.”

Even so, this meeting falls far short of addressing the problems plaguing the Church. If the Church does not define the scope of the problem correctly, then it cannot possibly propose the solutions that will truly address the problem. That’s what happened in 2002, when the Dallas Charter instituted procedures designed to ensure the protection of minors from abusive clergy. Those procedures did not provide a mechanism for reporting abuse by bishops. Nor did they adequately address the problem of bishops’ covering up the abuse or misconduct of priests and bishops. And they certainly did not provide a reporting or accountability mechanism to deal with clergy sexual misconduct with seminarians or other adults. So even though the incidence of priests abusing children has fallen radically, the ecclesial culture covered up, condoned, or at least tolerated sexual misconduct by clergy and bishops. That’s why we’re in this situation.

Hasson insisted that Pope Francis must clearly articulate a desire and a plan to investigate the McCarrick situation.

“That’s why we need answers from Pope Francis,” she said. “We need the Vatican to begin an investigation. And we need dioceses to be proactive and transparent, and open up their files to review by lay leaders or an outside reviewer.”