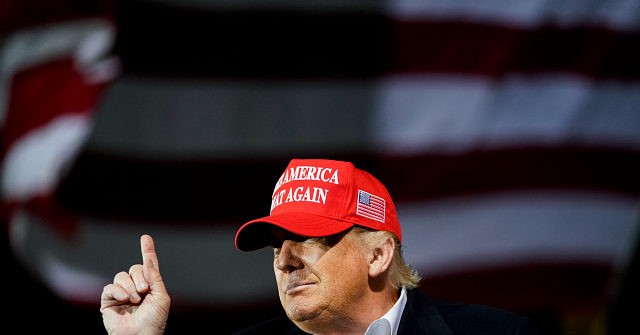 This year’s presidential election offers a choice between “two completely different views of America,” contends the National Catholic Register in a recent essay.

Written by the newspaper’s publisher Michael Warsaw, who is also CEO of the EWTN Global Catholic Network, the October 17 article insists the 2020 party platforms represent radically different perspectives on the American founding and where the nation should go in the future.

While one campaign has built itself on “the notion that America is a great country, with much to offer,” the other campaign has adopted the opposite view, namely that “America has much to atone for and little to be proud of,” Mr. Warsaw writes.

The first vision is friendly to people of faith, since it “embraces a vision that sees religious practice and belief in God as central to the country’s private and public life,” he argues.

The second view sees traditional religious beliefs “as a major threat to the country” and religion itself — especially Christianity — as “something to be subverted and brought into the progressive fold, not something to be celebrated for what it is and what it believes.”

Regarding America’s founding and the role of the judiciary, the first vision sees the Constitution as “a well-crafted document that continues to serve the country effectively” which “should be interpreted as written,” whereas the second view demands “a complete repudiation of the American system,” with the Constitution “adapted and changed to meet the fads or trends of the moment.”

The first vision — the “traditional view of our country” — holds that “all Americans, including those not yet born, have a God-given right to life — the first right listed in the Declaration of Independence.”

The opposing view, on the contrary, sees abortion as something to be “celebrated” and defended, and “its export with taxpayer dollars is an article of faith for them.”

“This — more than the candidates themselves — is what is on the ballot,” Warsaw concludes. “You are casting your vote this year for a long-term vision of America, not for a person.”